Professor Lehman L. Brightman-National President of U.N.A. Speech on the Capital Steps in Washington D.C. at the conclusion of the Longest Walk 1978. Historical Overview & Resolutions 1978: Eleven legislative bills introduced in the 95th U.S. Congress would have abrogated Native Treaties that protect remaining Native sovereignty. The Longest Walk of 1978 was a peaceful, spiritual effort to educate the public about Native American rights and the Native way of life. Native American Treaty Rights under the U.S. Constitution are to be honored as the supreme law of the land. The 3,600 mile walk was successful in its purpose: to gather enough support to halt proposed legislation abrogating Indian treaties with the U.S. government. Shortly After, The American Indian Religious Freedom Act (AIRFA) of 1978 was passed. As a result of The 1978 Longest Walk, Indigenous people were granted the federal legislative right to freedom of religion, a fundamental right guaranteed to all Americans under the U.S. Constitution. 40-50% of All Indian Women have been Sterilized. Evidence of massive sterilization of American Indians has been revealed by the (GAO) General Accounting Office in a study for ex-Senator James Abourezk from South Dakota in 1976. Most of these women were sterilized without their informed consent. The Same GOA Report also revealed that Indian Children are being used as "human guinea pigs," by the Federal Government in 56 different medical experiments (in most cases without parental consent). The Abourezk Report found that approximately 3,406 Indian Women had been sterilized in a three year period between 1973 and 1976, in only four states. Lehman L. Brightman, President of United Native Americans,Inc. estimates that between 60,000 and 70,000 Indian Women have been sterilized in the last twelve years. Most of the Indian Women were sterilized "unknowingly." and without their informed consent, and in many cases by outright intimidation. In many cases women were told they were going to die if they had more children, that they had cysts on their ovaries, or that the operation was reversible. Voluntary sterilization among the general population of the U.S. of some 200 million people isn't going to wipe out the country, but in smaller groups like the American Indians, it could wipe them out forever, as an example: If Every white woman in the state of California was sterilized, the white race in North America would not be in danger, but if every California Indian Women was sterilized, the Genocide of California Indians would be Permanent. President Carter has Refused on 3 different occasions to stop the sterilization and to remove Dr. Emery Johnson, the Director of the Indian Health Service. . .The man most responsible for Indian Sterilization. For More of The REAL History on the Longest Walk of 1978 Visit: 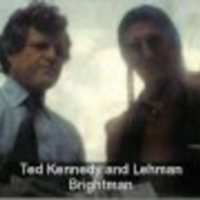