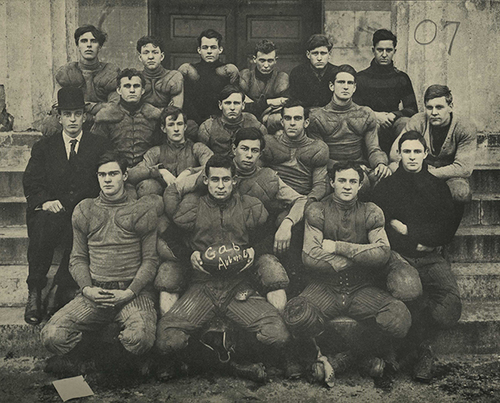 The 1907 University of Georgia football team compiled a 4-3-1 and was coached by W.S. 'Bull' Whitney. The use of 'ringers' (paid semi-professional football players) in latter part of the season marred this team's reputation; 'Bull' Whitney was asked to leave the team, though he denied any wrong-doing. (It should be noted that Georgia Tech was also suspected of having used ringers during this season.) The 1907 team, under the leadership of Branch Bocock (who would coach the 1908 Georgia team), would close the season with a 6-0 victory over archrival Auburn.