One of the greatest Georgia players of this era, Ketron was renowned for his ‘battle cry’ of “War Eagle”. (Ketron was also known to spit tobacco juice in the face of his opponents.) Ketron, who hailed from Habersham County in northern Georgia, was forbidden by his parents to play football after they learned that he had been doing so at the University without their knowledge. Coach Billy Reynolds traveled to the Ketron’s home to convince them to allow their son to play, which they did. Later in life, Ketron worked for Coca-Cola in Ohio and Pennsylvania. While there, he convinced Charley Trippi of Pittston, Pennsylvania to attend the University of Georgia. Trippi, along with Frank Sinkwich, would lead Georgia to the 1942 national championship. 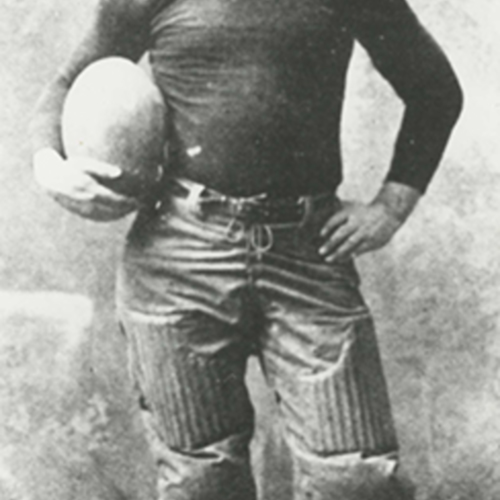