This team, under the leadership of Glenn ‘Pop’ Warner (on the left of this photo wearing a sweater with the letter ‘C’), was Georgia’s first (and one of only three) undefeated season, with a record of 4-0. ‘Pop’ Warner was paid $40 per week to coach the team; this was his second and last season with Georgia. ‘Pop’ Warner was the first Georgia coach to last for more than one season and would go on to have a long and hugely influential career as a coach that lasted until 1938, developing the three-point stance and being among the first coaches to have his team huddle before plays. He was instrumental in advocating for more and improved padding and protective gear for players 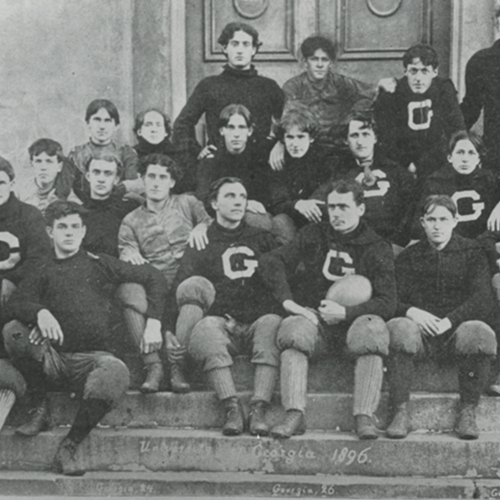