Death and Human History in Athens

This site is an interdisciplinary and collaborative exploration into the complex history of Athens, Georgia through its historic cemeteries.


Started in the spring of 2016, students in classes at the University of Georgia—Stephen Berry’s Death and Dying; Scott Nesbit’s Burial Grounds of North Campus; and Nesbit’s Introduction to Historic Preservation—have been researching Oconee Hill Cemetery. The cemetery opened in 1856, replacing the Old Athens Cemetery on Jackson Street as Athens’ most visible site for burial. It quickly became the resting place of well- and not so well-known Athenians.

Part of the Old Athens Cemetery was recently uncovered in an excavation for UGA's Baldwin Hall. Professor Laurie Reitsema's Osteology class will be investigating the bones recovered from this site.

While Oconee Hill Cemetery holds many of the most prominent citizens of Athens whose names can be found on buildings and street signs all over town, Brooklyn Cemetery holds a parallel history. Professor Chana Kai Lee's African American Studies and History class Race, Death, and Cemeteries will be working to recover the history of the inhabitants of this historic Afican American cemetery founded in 1882 in Athens.

This website captures the important work of all of these students and makes it accessible to the community partners whose cooperation has been essential to the success of this experiential learning project. 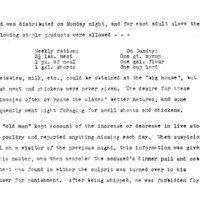 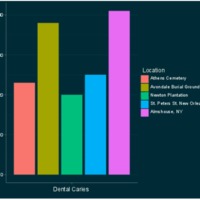 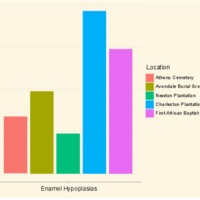