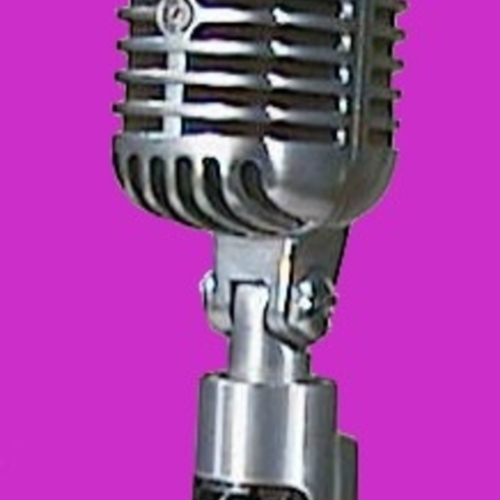 Since the birth of broadcast radio in 1906, the microphone has been the centerpiece of emerging technologies that allowed the human voice to be heard live by vast audiences. Many microphones became icons of the radio and television industry, including the RCA 44 and 77 series microphones which seemed ubiquitous in the early television era, and the Shure 55 series, dubbed “The Elvis Microphone” for its frequent appearance on stage with Elvis Presley.

Mr. James U. Steele collected 226 microphones and subsequently donated them to the University of Georgia's Special Collections Library in 2011. The collection is now housed in The Walter J. Brown Media Archives in the Library, and can frequently be found on display in the Archives' exhibition space. 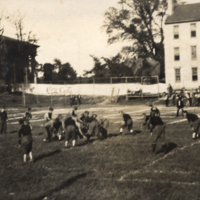 'Alma Mater' echoed over the hills.  'Glory, Glory to Old Georgia' in its wake.

This is a digital exhibit examining the early history of the University of Georgia football program, 1892-1917.  These years saw the formation of the program, the establishment of several traditions and rivalries which carry on to the current day, and the careers of several prominent players and coaches.

This digital exhibit is concurrent with a physical exhibit that will be on display at the Richard B. Russell Special Collections Libraries Building from August 31 through December 22, 2017, though this website will be available online after the physical exhibit has been removed.

All materials and photographs in this exhibit are from the collections of the Hargrett Rare Book & Manuscript Library. Permission to copy or in any way re-use these images must be granted through the Hargrett Library.

For more information on the Hargrett Library, please follow us on Twitter and Instagram. As well as updates on our collections, exhibits, and programs, we offer photos and information relating to the history of UGA and Athens. For both services, we are @hargrettlibrary. 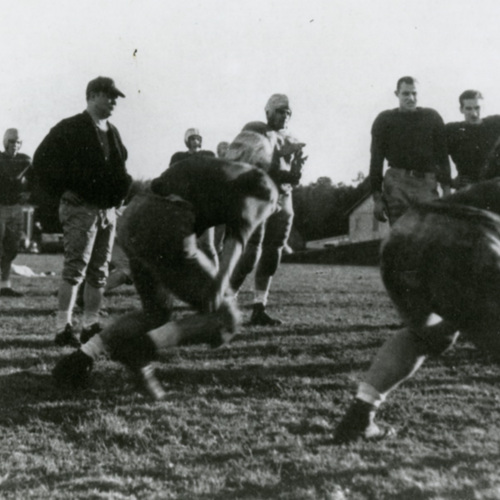 It was [Howell] Hollis who revealed that left end George Poschner played 55 minutes with stomach cramps, which coupled with Sinkwich's gritty play, reflects the fighting spirit of the battling Georgians.

This digital exhibit explores the University of Georgia's football team during the 1940s.  This decade saw the Georgia Bulldogs reach the pinnacle of national success for the first time in the program's history, but also saw the team struggle to adjust to the changes brought about by World War 2.

This digital exhibit is concurrent with a physical museum exhibit that will be on display at the Richard B. Russell Special Collections Libraries Building from September 2018 through May 2019, though this website will be available online after the physical exhibit has been removed.

All materials and photographs in this exhibit are from the collections of the Hargrett Rare Book & Manuscript Library. Permission to copy or in any way re-use these images must be granted through the Hargrett Library.

For more information on the Hargrett Library, please follow us on Twitter and Instagram.  As well as updates on our collections, exhibits, and programs, we offer photos and information relating to the history of UGA and Athens. For both services, we are @hargrettlibrary.

The Strategies of Suffrage: Mobilizing a Nation for Women's Rights 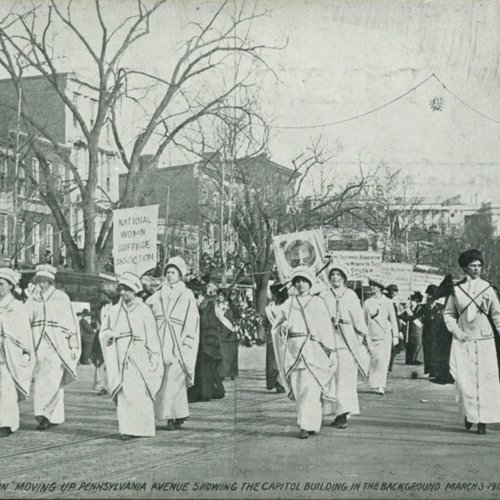 In 1848, more than 300 attendees gathered in Seneca Falls, New York to discuss women’s rights. That meeting catalyzed an organized, national movement. In the decades that followed, suffragists gathered, discussed, spoke, wrote, performed, paraded, and protested to give American women the right to vote. They waged a determined battle for greater agency, one that united women across barriers of race and class while also revealing social tensions and racial prejudices that persisted in American society.

This exhibit explores the women’s suffrage movement from the hosting of the Seneca Falls Convention in 1848 until the ratification of the 19th Amendment to the Constitution in 1920. It focuses on the visual and verbal appeals activists used to promote their message to the public. The publications, photographs, advertisements and ephemera displayed here document the strategy and struggle of this suffrage movement.

This exhibit was made possible with collections and support from the Lucy Hargrett Draper Center and Archives for the Study of the Rights of Women in History and Law. In addition, we thank our curator, Sidonia Serafini; Mary Linnemann, who assisted with scanning and graphics creation; Dr. Nan McMurray, who served as an outside reader for the script; Amber Prentiss and Kathleen Kern, our tireless fact checkers; Zakkary Greene, who assisted in the production of graphics; and Celia Clark, who assisted with object retrieval and overall organization.

Unless otherwise identified, all items featured in this digital exhibit are part of the collections of the Lucy Hargrett Draper Center and Archives for the Study of the Rights of Women in History and Law at the Hargrett Rare Book and Manuscript Library. 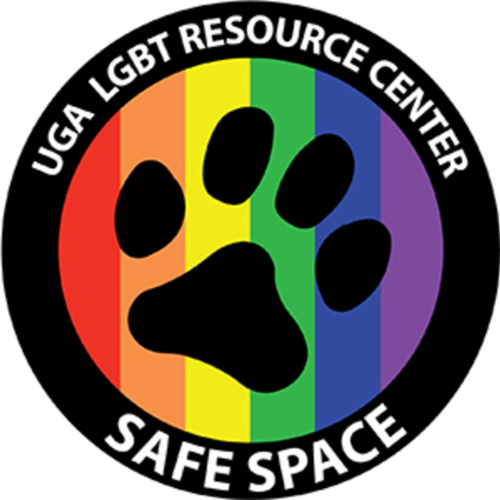 This digital exhibit was curated as part of a celebration of LGBT History Month 2020, and the 15th anniversary of the UGA LGBT Resource Center. The flyers, documents, and newsclippings displayed here offer a sample of items available in the LGBT Resource Center Records, a collection at the Hargrett Rare Book and Manuscript Library.

If you are interested in learning more about how to view original materials at the UGA Special Collections Libraries, contact sclib@uga.edu or visit http://www.libs.uga.edu/scl/research 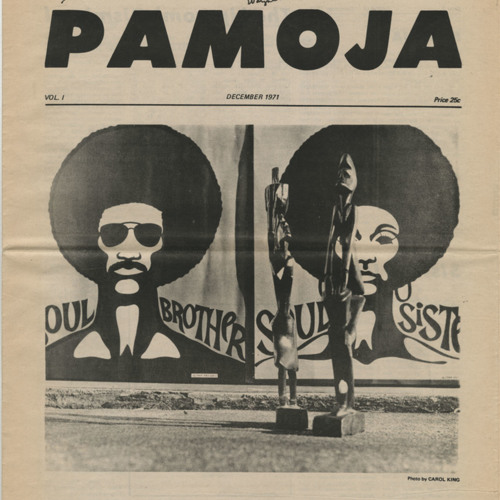 In 1961, Hamilton Holmes and Charlayne Hunter became the first Black students to enroll at the University of Georgia. Facing down adversity, they succeeded in desegregating the campus and winning a battle in the broader struggle for civil rights. However, the process of integration and building a more inclusive university continues today. Making Space: Fighting for Inclusion, Building Community at UGA explores the stories of these trailblazing students and those that followed them in shaping the campus.

The exhibit considers the ways that Black and LGBTQ+ students have cultivated spaces for themselves at UGA since the 1960s, finding agency and building safe spaces. It will highlight their activities - how they gathered, lobbied, and protested for acceptance and change. It will consider the people and places that offered support to these students, as well as those that put up barriers to block the path forward.

Today, the university recognizes that each student is made up of many identities. The intersection of these different identities shape the perspective of each student and their experience on an ever-changing campus. Making Space will serve as a timely guide for thinking about and advocating for continued progress not just on one college campus, but within a nation that so often looks to its past as a roadmap to its future.

This exhibit was inspired by the 60th anniversary of UGA’s desegregation, and made possible through the hard work and contributions of many people on our team. Thank you to Chanara Andrews, our student curator who worked in the strange new world of 2020 to develop the exhibit script. Thank you to Steve Armour, university archives and electronic records archivist, for assisting with early discussions on content and direction and to Kat Stein, director of the Hargrett Library, for her support and encouragement. Thank you also to Mary Linnemann, who assisted with scanning and graphics creation; to Dr. Barbara McCaskill, Dr. Nan McMurray, and Patrice Green, who all served as outside readers for the script; to Diane Trap, who assisted with fact checking; and to Jan Hebbard who refined the script, selected items for display, and assisted with object retrieval and overall organization. 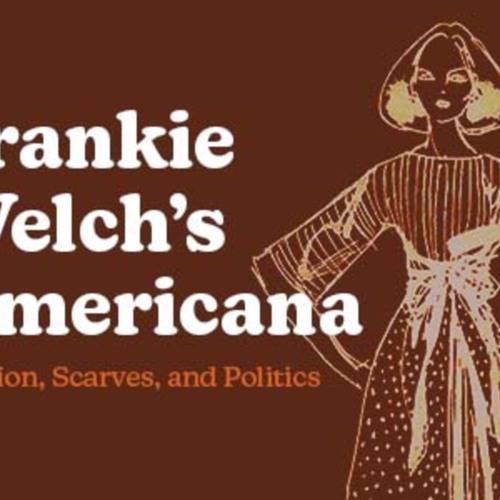 This site provides access to the tour videos, activities, and other resources created for our in-person and virtual programmings for K-12 students. These virtual exhibits are great for at-home or in the classroom fun and learning! 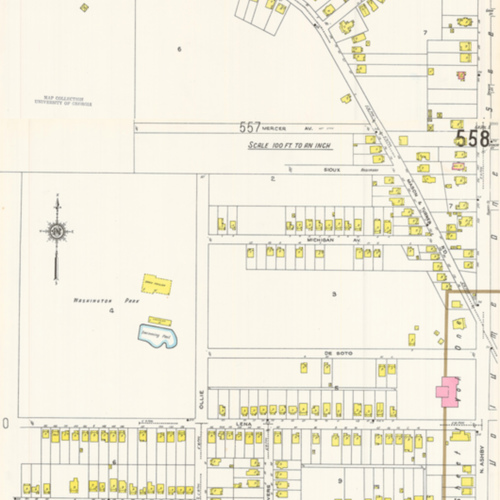 In 1919, the city of Atlanta began construction on Washington Park, the first recreational space built for use by the Black community in the city. Work on the park continued until 1928 and included the construction of a swimming pool, dance hall, pavilions, and tennis courts. The park became the centerpiece of a historically Black neighborhood developed by businessman Heman Perry in the 1920s, offering outdoor space and amenities that residents were denied in other areas of the city during the segregation era.

This digital exhibit highlights items from this collection, as well as other resources that document the history of Washington Park, and provides an overview of the area’s historic structures, notable residents, and ongoing preservation work in the community today.

Not Only for Ourselves: The Integration of UGA Athletics 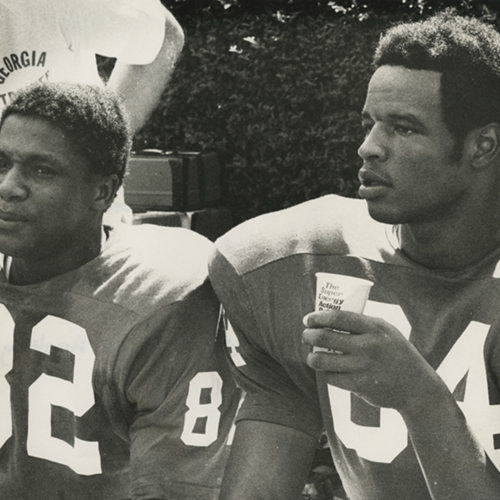 One day we will win our freedom. We will not only win freedom for ourselves, we will so appeal to your heart and your conscience that we will win you in the process. And our victory will be a double victory.

Admission to the University of Georgia (UGA) was barred to Black students before 1961, when Hamilton Holmes and Charlayne Hunter were admitted to the University through the intervention of a Federal judge. Athletics, which are central to campus life in Southern universities, became the next focal point for desegregation.

This exhibit explores the integration of athletics at UGA. It attempts to provide context to the environment surrounding athletics at the University prior to the integration of its sports teams, as well as following the narrative of integration up to the present. It will run concurrently with a physical exhibit housed in the Russell Building Special Collections Libraries on the UGA campus.

While this exhibit is focused primarily on male athletics, we will explore the implementation of Title IX and the development of women's athletics at the University of Georgia in an exhibit to be opened in 2022.

For more information on the Hargrett Library, please follow us on Facebook, Twitter and Instagram. As well as updates on our collections, exhibits, and programs, we offer photos and information relating to the history of UGA and Athens. 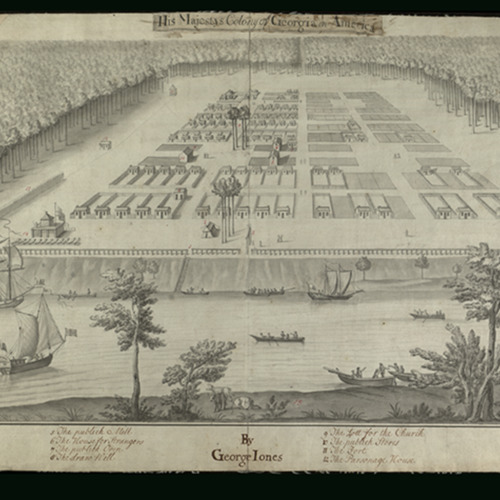 In 2026, the United States will mark the 250th anniversary of its founding. In anticipation of this event, the University of Georgia Press has developed the Georgia Open History Library: From Colony to Statehood in the New Union. This resource provides free digital access to the 45 out of print volumes focused on Georgia from the colony's founding through the American Revolution in Georgia; the Creek Nation; the papers of Revolutionary War General Lachlan McIntosh and the state's founder James Edward Oglethorpe; and records of the German-speaking Protestant Salzburger settlement.

This digital exhibit showcases a selection of original manuscripts and rare books held by the Hargrett Library documented in these newly digitized volumes. A physical exhibit of these materials is currently on display at the UGA Special Collections Building; high resolution scans and transcriptions of these documents can be found in the Digital Library of Georgia.