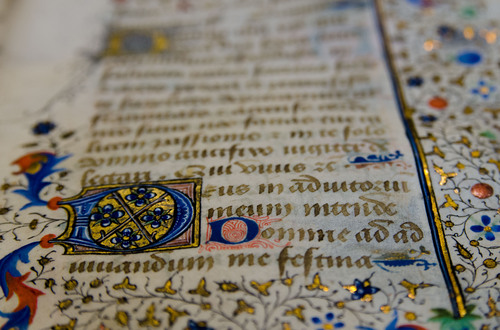 A look at one of the pages inside the Hargrett Hours, a Book of Hours from the Hargrett Library's collection.

A Book of Hours is a handmade devotional book, popular in the Middle Ages before the invention of the printing press. These books often included text, prayers and psalms that were selected by a wealthy owner and written and illustrated by hand. The Hargrett Library owns such a book, which is commonly referred to as the Hargrett Hours, that dates back to 15th century Paris.

It’s one thing to read and study medieval stories, but it’s another to touch, translate and research 600-year-old manuscripts! Thanks to an innovative series of classes called The Hargrett Hours Project hosted at the University of Georgia Special Collections Libraries, UGA students have had the chance to explore Books of Hours and other medieval documents in the Hargrett Library's collections. Now their work is on display in the new exhibit "The Hargrett Hours: Exploring Medieval Manuscripts". See these students in action in the photo gallery below! 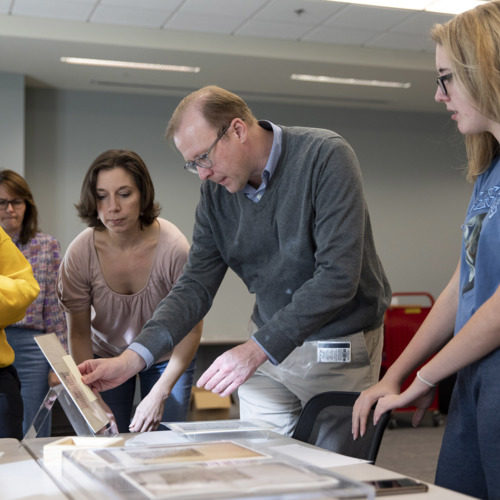 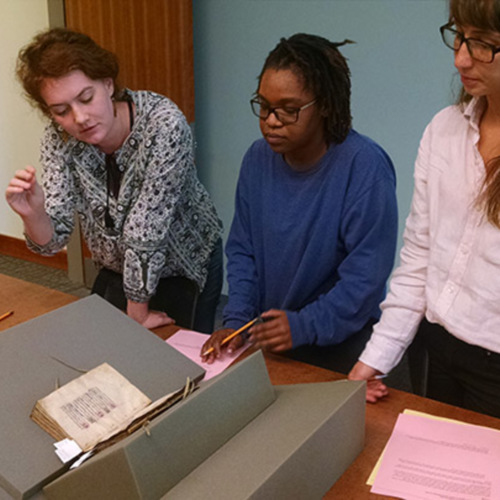 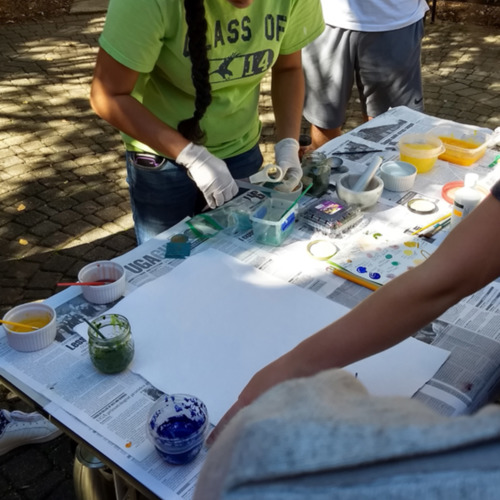 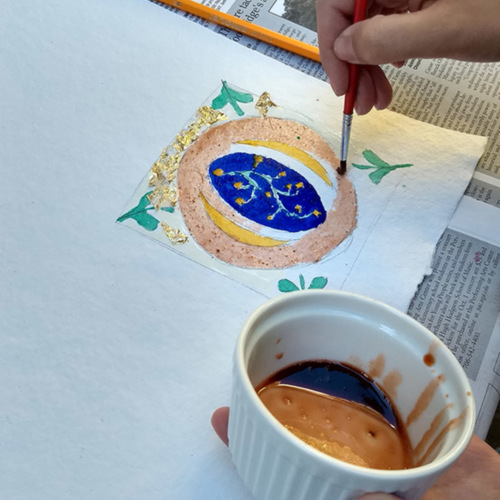 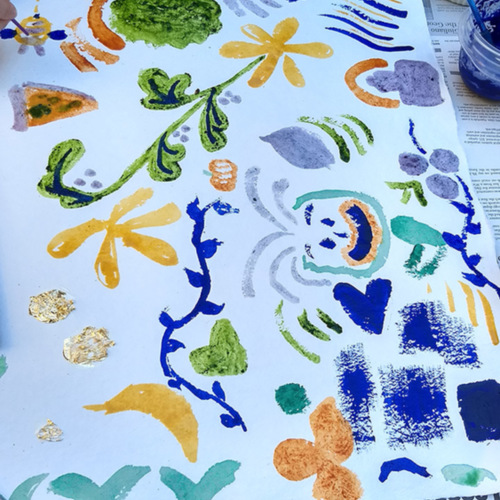 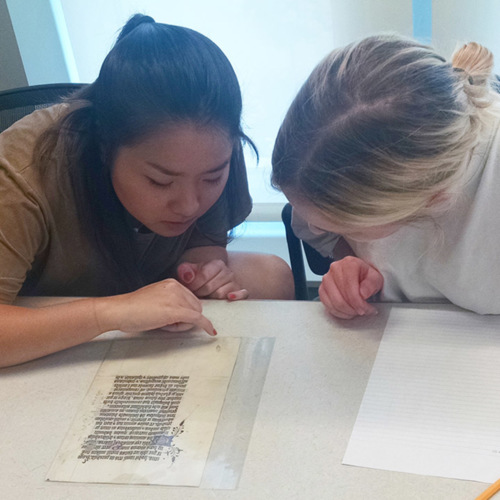 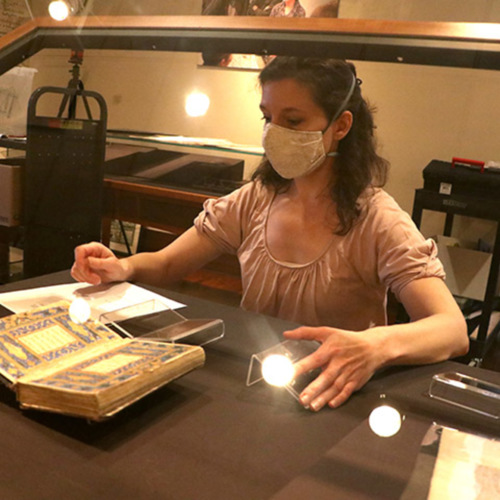 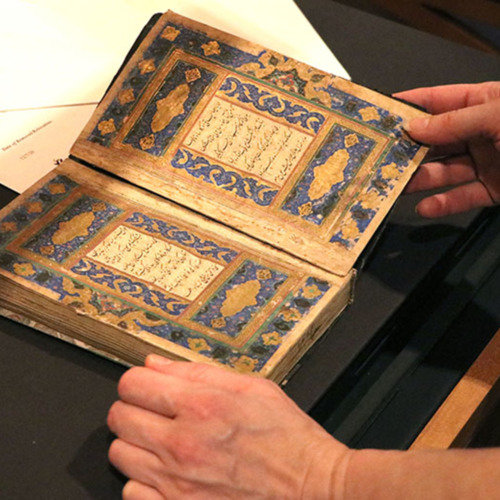 Now its your turn! Check out the activities and videos below to learn more about medieval manuscripts and how they're made.