Oliver Hillhouse Prince Jr. and his wife, Sarah Maria Rootes Jackson were members of the prominent Prince family in 19th century Athens. Their economic importance stemmed from the large plantations that they operated in the surrounding counties and their political importance stemmed from Oliver’s role as a lawyer, as the editor of the Georgia Telegraph, and as a lieutenant in the Civil War. His father is the man for whom Prince Avenue is named, and his children continued his legacy of active citizenship.
Plot WH66

19th century Athens was home to the Prince family – a family renowned for their economic and political significance in the county, and for whom Prince Avenue was named. Oliver Hillhouse Prince, a native of Connecticut, moved to Georgia and began practicing law in Wilkes and Bibb counties after passing the bar in 1806. One of his most significant legal contributions to the state was the publication of his “Prince’s Digest of the Laws of Georgia,” which served as a prominent legal reference guide for decades. Prince served as a Georgia State Senator and later a United States Senator, during which time he worked as a commissioner in designing the city plan of Macon, and was remembered as “a man of rare gifts.” After leaving his political career, Prince moved to Milledgeville, the capital at the time, and became the editor of the Georgia Journal, and belonged to the Franklin College Board of Trustees – both of which allowed him to continue his political presence in the state. While returning from a trip to New York in 1837 during which the publication of Prince’s writings were discussed, Prince and his wife, Mary Ross Norman, died in a shipwreck off the coast of North Carolina, leaving behind their children – Oliver Hillhouse, Sarah Virginia, and Elizabeth Frances. Oliver Hillhouse Prince Jr. inherited his father’s passion for politics, completing his early education in Milledgeville and his secondary education at Yale, before becoming the editor of the Democratic Party newspaper, the Georgia Telegraph, in 1844. He left this position in 1847 in order to serve as a lieutenant in the Mexican-American War. After the conflict, Prince returned to Georgia and became a lawyer after passing the bar exam in 1850, and a prominent planter in both Bibb and Baker counties, where he operated several large plantations. During this time, he met Sarah Rootes Jackson, whom he married in 1852 and began a family of four children – Basiline, Henry, Jacqueline, and Oliver. Basiline would later contribute to the educational distinction of Athens, serving as the secretary of the Alumni Society of the Lucy Cobb Institute and as a member of the Daughters of the Confederacy in which she worked to preserve documents relating to the history of the Confederacy. Henry was named after Sarah’s father, Dr. Henry Jackson, the head of another prominent family in Athens. Henry Jackson immigrated from Devonshire, England to Savannah, Georgia in 1790, where his older brother, James Jackson, became the Governor of Georgia. Henry graduated from the Medical College of Pennsylvania in 1802 and worked as mathematics professor at the University of Georgia during the early 19th century. He transitioned from his role as a professor to the Secretary of the American Legation at Paris for five years, after which he returned to Georgia and married Martha Jacquelin Rootes Cobb, ex-wife of Congressman Howell Cobb, in 1818, and raised three children – Henry, Sarah, and Martha. Sarah would later marry Oliver Hillhouse Prince Jr., Martha would marry Hezekiah Erwin, and Henry Rootes would continue his father’s legacy in politics as a minister to Austria and Mexico. Jackson also served as a Confederate general in the Civil War, along with Oliver Hillhouse Prince Jr., who served as a captain in Howell Cobb’s division and helped recruit soldiers throughout Georgia. Prince’s wife and children resided in Bath, Georgia during the war and continued their residency for several years following the war while Oliver tended to his plantation in Macon. The documents left behind by the Prince and Jackson families – including correspondence, account books, and scrapbooks – provide insight into the economic and political life of 19th century Georgia, with particular emphasis on Reconstruction politics. While Oliver Hillhouse Prince and Mary Norman Prince were buried in Rose Hill Cemetery in Macon, and two of their children, George and Mary, are buried at RestHaven Cemetery in Washington, GA, their son Oliver, along with his daughter, Basiline, his wife, Sarah Jackson, and her parents, Henry and Martha Jackson, are all buried in Oconee Hill Cemetery. Works Cited 1870 United States Federal Census. Year: 1870, Census Place: Richmond, Georgia, Roll: M593_172; Page 390B; Image 78; Family History Library Film: 545671. Accessed on Ancestry.com. “Catalogue of the Officers and Students of Franklin College, University of Georgia.” Southern Banner, March 10, 1836. “The Man for Whom ‘Prince’ Avenue, Athens, Was Named.” Athens Banner, November 20, 1913. Georgiana Vertical Files, Georgia Biographical Files, ms 3692. Hargrett Rare Book and Manuscript Library, University of Georgia Libraries. Henry Jackson papers, 1800-1840. MS 686. Hargrett Rare Book and Manuscript Library, The University of Georgia Libraries. Oliver Hillhouse Prince papers. MS 141. Hargrett Rare Book and Manuscript Library, University of Georgia Libraries. Oliver Hillhouse Prince papers. MS 2327. Hargrett Rare Book and Manuscript Library, University of Georgia Libraries. Saye, Ed. “Oliver Hillhouse Prince, Jr,” Find A Grave, Memorial #67796566. Saye, Ed. “Sarah Maria Rootes Jackson Prince,” Find A Grave, Memorial #67796686. 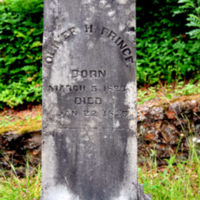 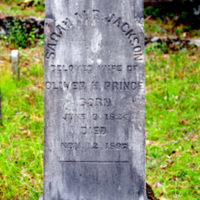 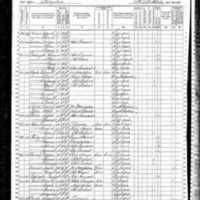 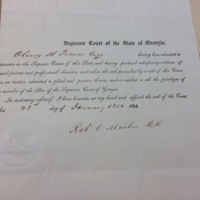 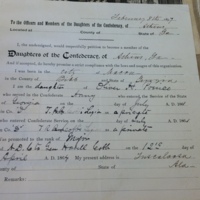 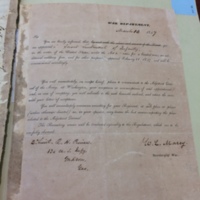 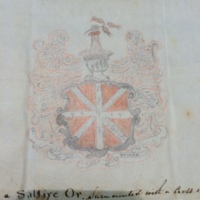 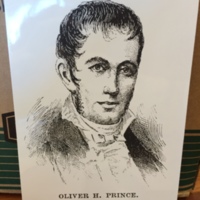