Brooklyn Cemetery: A Brief History and a Tour

Brooklyn Cemetery, originally named Bethlehem Cemetery, was created in 1880 to accommodate the growing black population of Athens Clarke County and served as the primary cemetery for the Brooklyn and Hawthorne neighborhoods in West Athens.  It was an active cemetery until the 1950’s, and burials took place up until the 1990’s. Brooklyn was 10 acres at the time of conception, but due to decline and lack of money for maintenance, the cemetery sold 4.5 acres in 1959 and 1.66 acres in 1974. Along with selling the land, all bodies buried in these sections had to be reinterred in remaining parts of the cemetery. 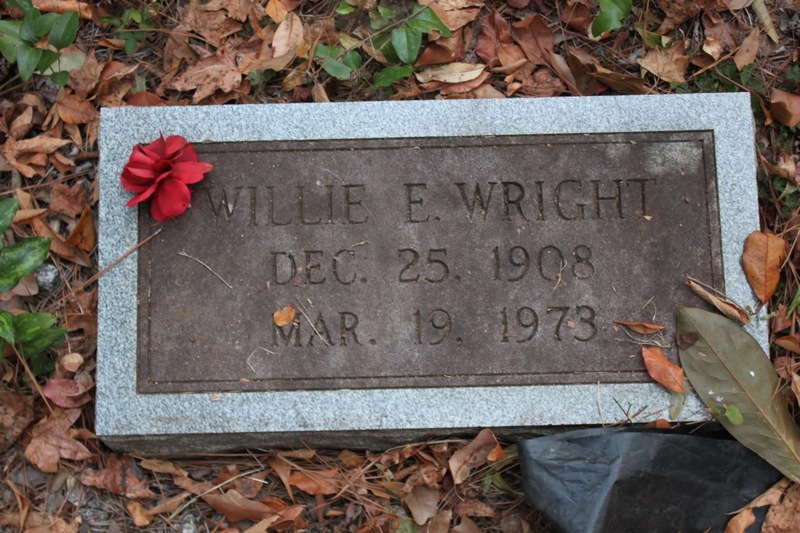 One of the headstones in Brooklyn

Though once a popular cemetery, a decline was seen over the years due to another cemetery being created and neighborhoods surrounding Brooklyn being abandoned. As a result, neglect for the cemetery was seen.This was especially seen in the mid 1980’s; neighbors were reportedly using the edges of the Brooklyn to put their personal belongings and yard debris. In order to restore Brooklyn to its original beauty, many people have dedicated their time to helping.The Friends of the Brooklyn Cemetery Society are the current trustees striving to revitalize the cemetery under the leadership of Karl Scott and Linda Davis. Their goal has been to uncover, mark and tag graves that do not have headstones or have been covered by vegetation.

This video gives additional information on the cemetery.

← A Short History of Black Athens
African American Cemeteries and the Restoration Movement →
Brooklyn Cemetery: A Brief History and a Tour