What's on this page?

On this page, you will find visual representations of the data we were able to find, allowing you to see possible trends and develop your own idea of what was going on at the time. The purpose is not only to analyse information about the dead, but to give life to the individuals and families buried here through our efforts to understand, not just when and where they lived, but also how they lived.

Cause of Death Data 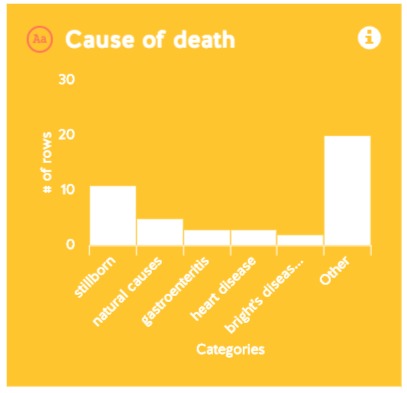 Where Did People Live?

Most of the people buried here lived in Athens. The two most popular streets were Rock Spring Street (off of present day Baxter Street, near the high school) and Brooklyn Road (off of Oglethorpe Avenue near the Health and Science campus). The third and fourth most popular streets were Hancock Avenue and West Broad Street, both going straight through downtown Athens. From what we were able to find, most people lived in historical wards 3 and 4, and those that lived in a militia district were in district 216.

Where Are People Buried? 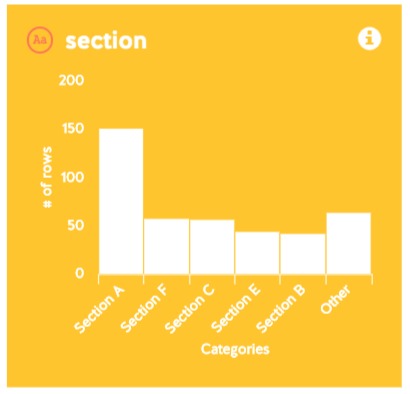 Section A of the cemetery has the largest amount of people buried in it with 150 accounted for. Sections B through F each have about 50, however there is still a significant "Other" category due to the large amount of unmarked and damaged graves in Brooklyn.

We only found hard evidence of 36 people buried in Brooklyn Cemetery that were confirmed to have attended school. This number is surely much lower than the actual number, but due to multiple factors including different information taken down in different census years this is all of the information we have on this topic. The highest grade we saw achieved was Sophomore in college, with the bulk of people not making it past middle school. We also have almost 100 people who were confirmed to be able to read. This doesn't mean that everybody else buried in the cemetery was illiterate, just that a lot of people lacked a lot of relevant data (21 people were confirmed to not be able to read). 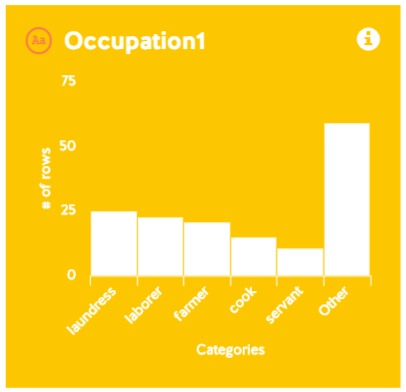 African-American Athenians of the time period held a variety of jobs particularly ones that required domestic or physical labor. The women of Brooklyn Cemetery held many domestic positions including Laundresses as the most popular occupation with 25 women reporting it as their occupation,  followed by cooks (15) and servants (11.) The men of Brooklyn Cemetery worked primarily with their hands with Laborers reported as the most popular occupation (23) followed by farmers (21.) It is important to note, however, that fifty-nine reported jobs other than the ones previously mentioned including, but not limited too, janitors, draymans, and nurses. 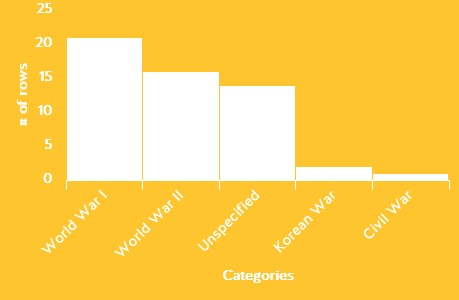 There are fifty-four documented veterans spanning across four major American wars from the Civil War up to the Korean War. Most men who served in the military served during the two World Wars, however, notably Phillip Lee was the lone veteran who served during the Civil War. Fourteen veterans did not have specific details regarding their service and whether or not they served in any of the major wars of the time period.

In regards to ownership of property there was not much data to analyze. However, there is documentation of twenty-five people buried in the cemetery who owned their own property while much status of ownership remains unclear. 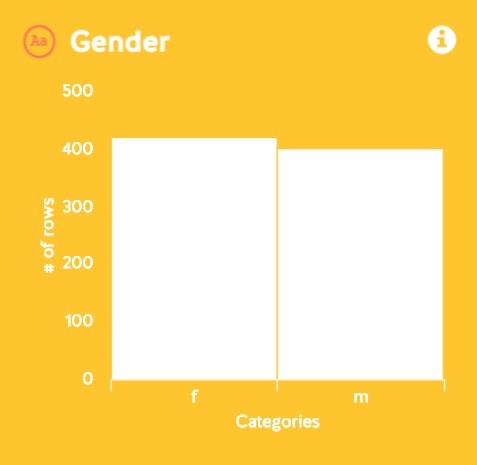 This graph shows the gender distribution of those buried in the Brooklyn Cemetery. It is almost even with slightly more females than males.

← Who is Buried in Brooklyn?
Timeline →
Data Analyses and Graphs