A View of Savannah 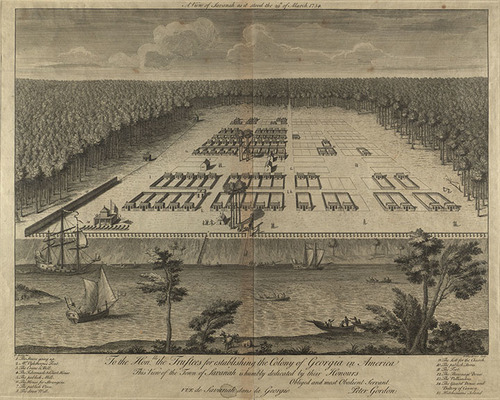 A view of Savanah [sic] as it stood the 29th of March, 1734.
Historic Map Collection, Hargrett Library

This engraving (above) provides a view of Savannah with grid-like streets dividing city blocks and four large squares. Several buildings and structures are identified including the stairs up the bluff, Oglethorpe’s tent, public well, fort, and guard house with cannons. Peter Gordon is often credited as the author of this view; however, it is now known that the plat and details were provided by Savannah’s Surveyor Noble Jones. Oglethorpe deputized Peter Gordon to take these to George Jones, who created the original sketch (seen below), and Paul Fourdrinier who created the final engraving. 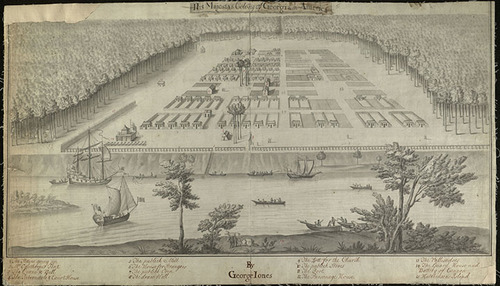 ← Journal of Peter Gordon, 1732-1735
Selections from the Lachlan McIntosh Papers →
A View of Savannah