Colonial Records of the State of Georgia 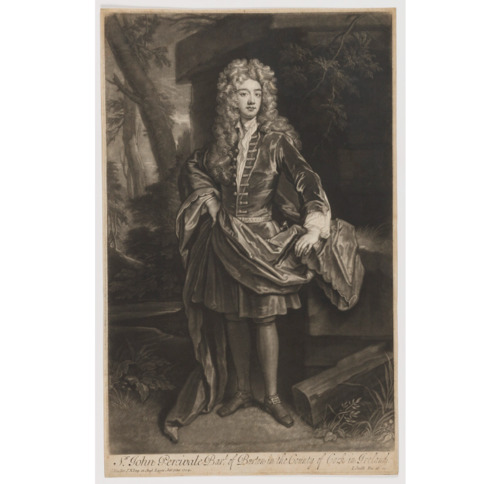 Many of Georgia's colonial records were lost during the American Revolution and the move of the state capital from Milledgeville to Atlanta in 1868. Most of the letters and reports that remain were housed in the Public Records Office in London and now form part of the National Archives of Great Britain. Between 1904 and 1916 twenty- five volumes of transcripts of these letters were published as the Colonial Records of the State of Georgia. The Georgia Commission for the National Bicentennial Celebration sponsored the publishing of an additional seven volumes between 1976 and 1989. 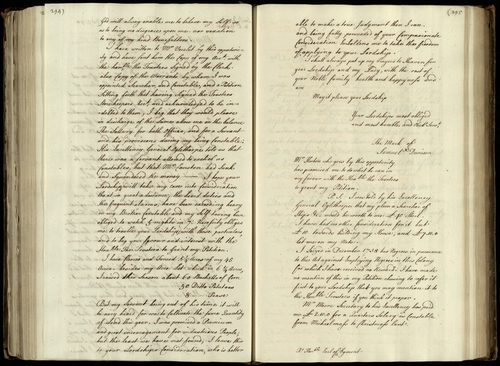 Selected pages from the Earl of Egmont Papers.
For a full transcript of this collection, visit the Digital Library of Georgia.

During the first twenty years of Georgia's history, a Board of Trustees governed the colony. John Viscount Percival, the Earl of Egmont, was the dominant figure among the Trustees until his retirement in 1742. He acted as Georgia's champion in Parliament.

The Earl of Egmont Papers contain contemporary copies of documents from the establishment of the Georgia Colony, including letters exchanged between officials and settlers in the Colony and the Trustees. These documents provide comprehensive information regarding the settlement of Georgia, especially in Savannah and Frederica; Indian trading and relations; activities of the French and Spanish; the question of slavery, Salzburger and Moravian settlers; and religious matters.

The letters from Georgia form part of twenty volumes purchased by the University of Georgia in 1947. The volumes constitute a portion of the library of Sure Thomas Phillips and were reported to have originally belonged to the Earl of Egmont. Although the originals of many of these letters reside in the National Archives of Great Britain, select documents are only available in these bound volumes housed in the Hargett Library.

A Note on Dates
The British Parliament adopted the New Style Calendar in 1752 changing the new year to January 1st instead of March 25th and removed 11 days from the calendar. The letters from Georgia are bound chronologically based on the Old Style Calendar. Some documents are dual-dated with both the Old and New calendar dates. 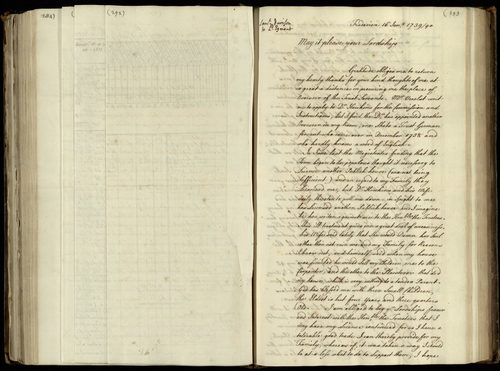 Selected pages from the Earl of Egmont Papers.
For a full transcript of this collection, visit the Digital Library of Georgia.

Journal of Peter Gordon, 1732-1735 →
Colonial Records of the State of Georgia