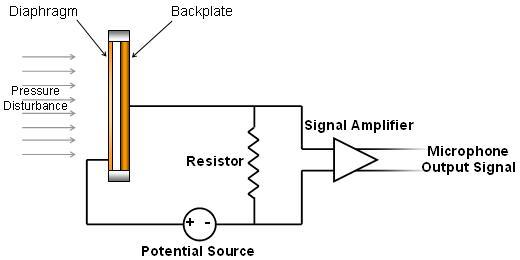 These microphones are particularly sensitive to louder noises, and sound distortion can occur when recording very loud sounds. They are often used to record vocals and acoustic instruments, and are known for their ability to capture very "natural" recordings.

The image below contains three of the four Cardioid Condensor Microphones in the collection. The fourth is a lavalier microphone, and can be seen on the Lavalier microphone page of the gallery. These microphones pick up sound primarily from one direction. 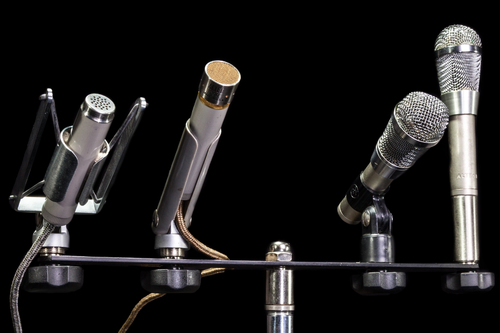 *note, the microphone at left is not a Cardioid Condensor Microphone 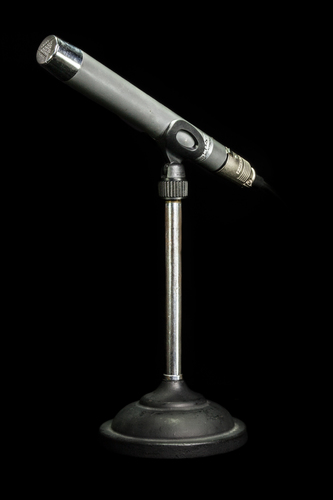 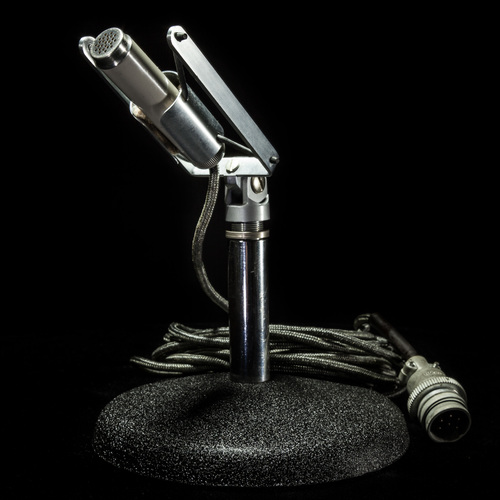 *This microphone also appears in the image above containing four microphones on one stand.

There are only two Omni-directional Condenser Microphones in Mr. Steele's collection. These pick up sound from all directions.

The following gallery contains a number of Condenser Microphones which have an unknown polar response. 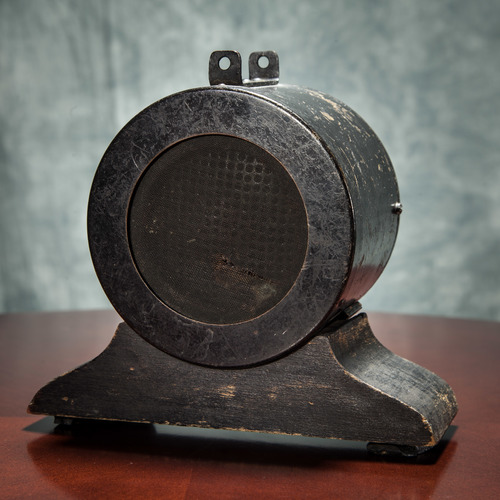 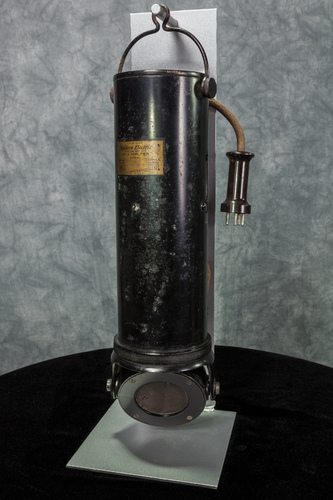 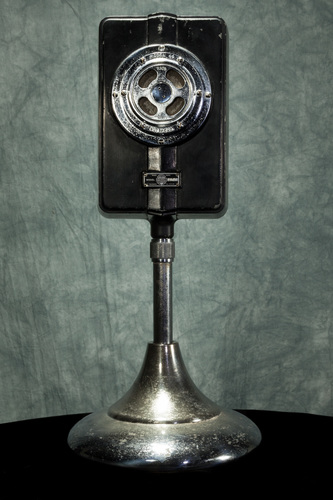 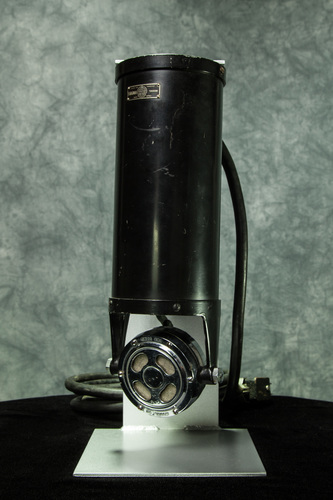 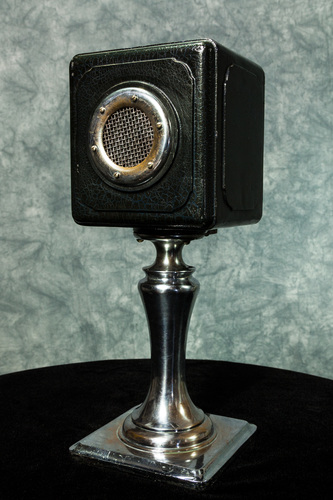 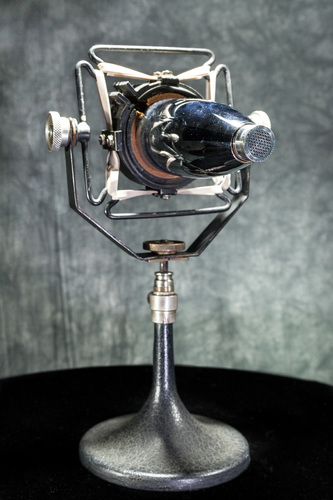 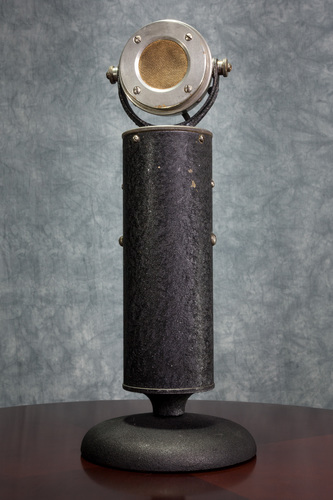 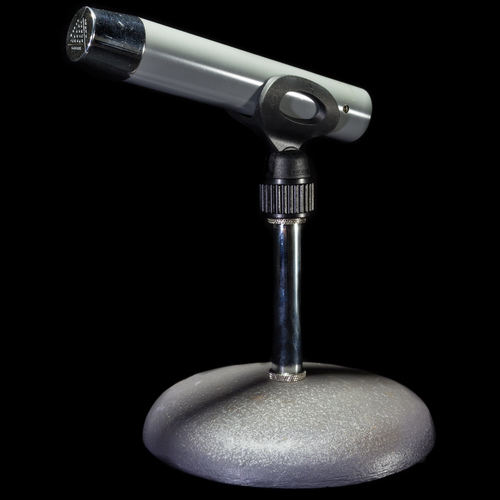 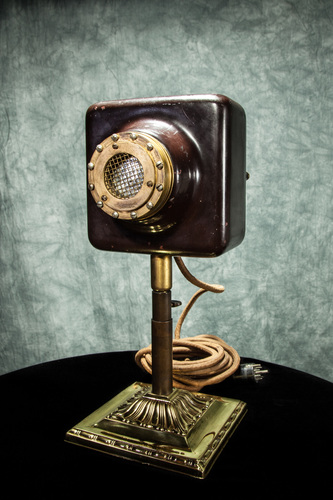 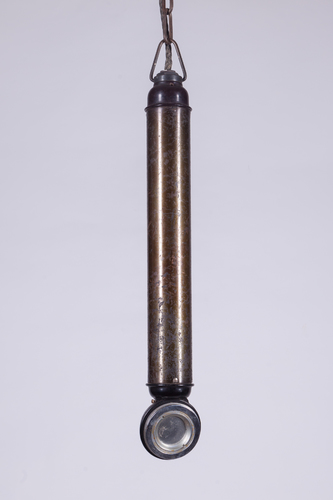 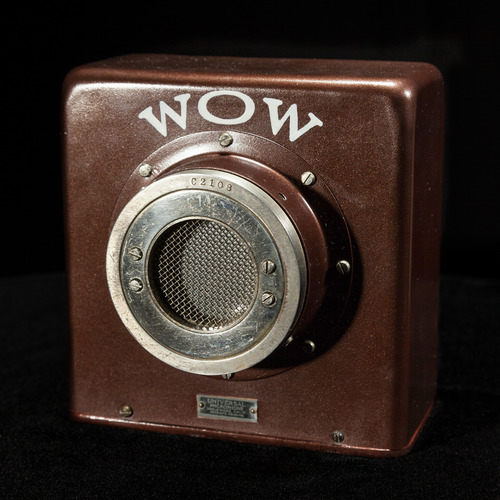 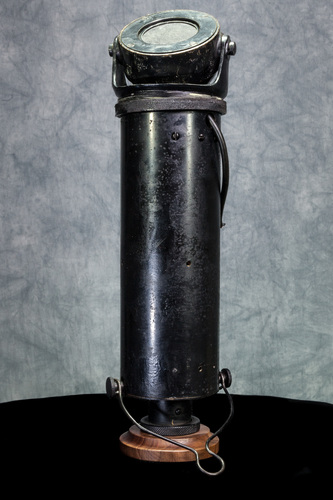