The embodiment of slave labor exploitation in Athens, Georgia

This page of the Athens Banner newspaper from 1902 demonstrates the Cotton Mill and three factories in Athens at the time. Image credit: http://dlg.galileo.usg.edu/athnewspapers/id:adb1902-0333 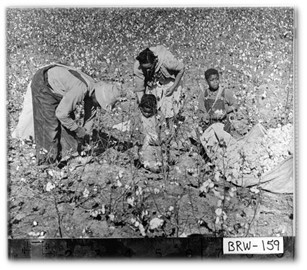 The nineteenth century was a period of transition in Athens, Georgia, marked by industrialization of the economy. By the early 1830s, the state of Georgia shifted from an agricultural economy to a mixed economy, dependent upon agriculture and industry (Gagnon, 2012). The textile business was perhaps the most noteworthy industry in North Georgia during this time with three major cotton mills opening in Clarke County between 1829 and 1833: the Georgia Factory, the Athens Cotton and Wool Factory, and the Princeton Factory. By the 1840s, Clarke County had the second largest capital investment in manufacturing in the state (Thomas, 1992). While textiles were the most dominant industry at the time, several other industrial companies began in the 1840s and 1850s, including The Pioneer Paper Manufacturing Company and The Athens Steam Company (Thomas, 1992).

Despite the rise of industrialization in Athens, agricultural activities remained a key part of the Athenian economy (Hynes, 1974). The primary staple crop was cotton (Gagnon, 2012). However, farms also produced tobacco, corn, wheat, and kept livestock for additional income (Thomas, 1992). Alongside small farms were large plantations with many enslaved Africans. Beginning with only a few plantations at the early 19th century, this number grew throughout the years however, the town never had more than 100 plantations at any time during the antebellum period (Hynes, 1974; Thomas, 1992).

Throughout the 1800s, enslaved Africans in Athens, Georgia, worked not only on plantations, but also in the local textile and paper factories and for the university. Slave narratives produced in the 1930s through the Federal Writing Project provide some excellent sources of oral history on the lived experience of enslaved Africans in Athens. Many of these narrative detail jobs that enslaved people preformed, such as factory work, weaving clothes, making shoes, working in agricultural fields, and attending to household duties (e.g., collecting wood and water and cleaning yards). For example, ex-slave and Athens resident James Bolton described how they would be in the fields before sunrise and would work until sunset everyday except Sundays. He also states that on many plantations, enslaved people would continue to work after the sun went down:

"The overseer woke us up at sunrise -- leas'n they called it sunrise: We would finish our vittles and be in the fields ready for wuk befor' we seed any sun: We laid off wul at sunset and they didn't drive us hard. I done heard they was moughty hard on 'em on other plantations..."

“I left Mr. McGinty and went to wuk for Mr. Bloomfield in de mill. Mr, Bill Dootson was our boss, and he was sho’ a good man. Dem was good times. I miked inside de mill and 'round de yard too, and sometimes dey sont me to ride de boat wid de cotton or sometimes wid cloth, whatever dey was sending Dere was two mills den. One was down below de bridge on Oeonee Street, and de old check factory was t'other side of de bridge on Broad Street. Bey used boats to carry de eotton and de clotk from one mill to de other”

Because of the arduous labor experienced by enslaved Africans, we expect to find high levels of osteoarthritis, also known as degenerative joint disease (DJD), and indicators of mechanical loading on bone tissue. However, each of this different workloads (e.g., planting vs. factory work) will likely show different patterns in bone tissue. For instance, planation life is generally associated with the highest prevalence of DJD. We also expect that these patterns will be comparable to contemporaneous slave populations in the United States. 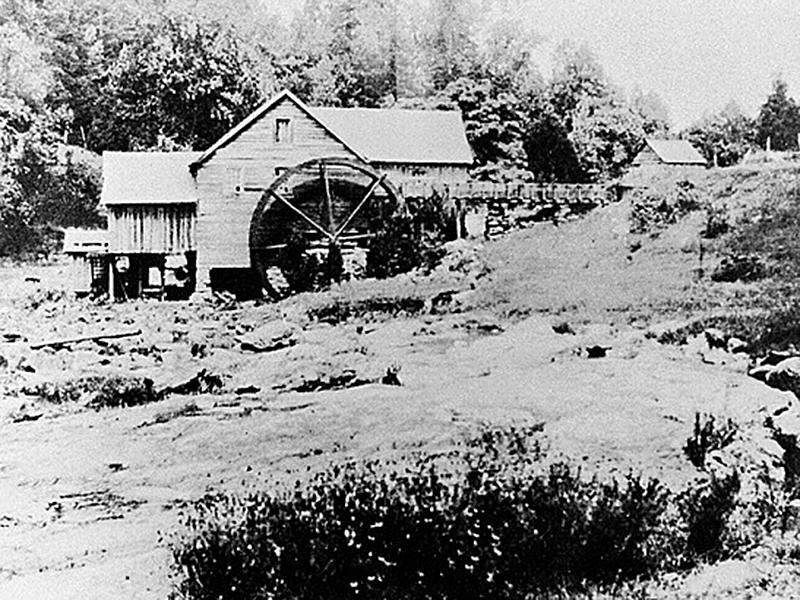 We utilized cross-sectional geometric data and calculated prevalence of deneragative joint disease (DJD) to reconstruct activity patterns related to arduous labor exploitation experienced by enslaved Africans interred in the Old Athens Cemetery. These two methods together provide another route to explore the embodiement of the United States slavery system during the 1800s. The overarching question is if the enslaved Africans interred at Old Athens Cemetery experienced arduous labor during their lives and whether they were likely working on plantations or in local factories. 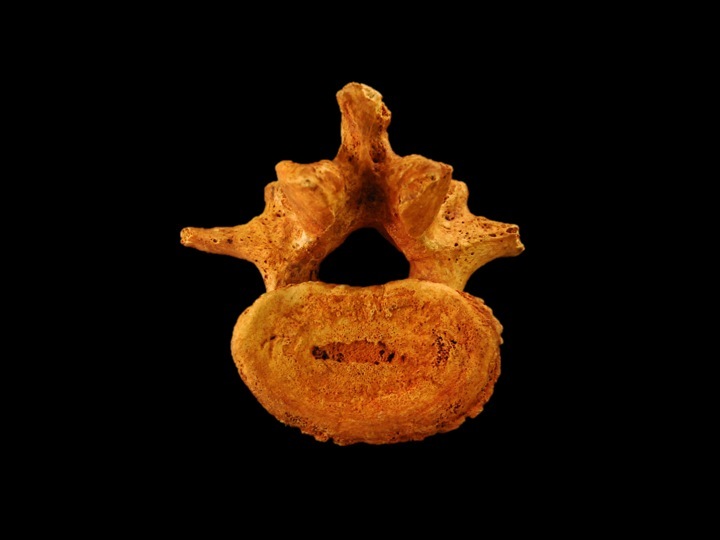 Image of vertebra from the Old Athens cemetery with Schmorl's node visible on the vertebral body. Image credit: April Smith (B35) 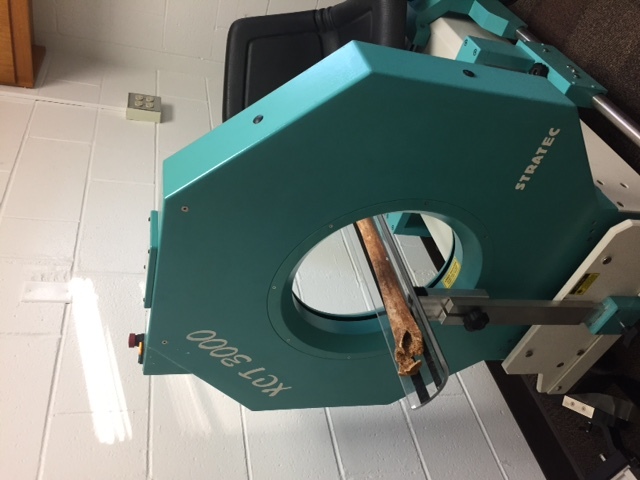 pQCT allows us to collect dimensions and information on bone mineral density without damaging archaeological bones. This photograph shows the scan of a tibia. Image credit: Samm Holder. 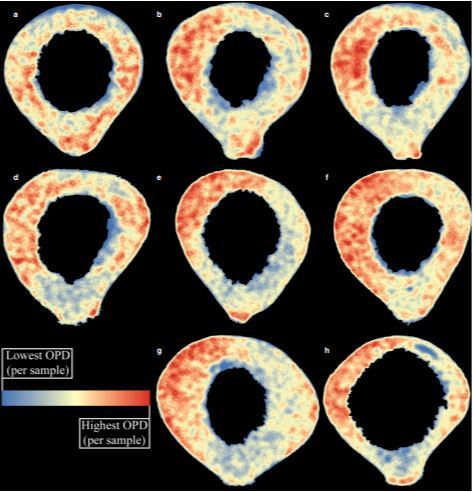 Osteon Population Density diagrams are not produced by pQCT scan. However, this illustrates the zones with greatest density which signify greater remodeling due to mechanical stress of everyday activities. Image credit: Gocha (2016).

Osteoarthritis, commonly referred to as degenerative joint disease (DJD), is the breakdown of the tissues between two joints in the body. It is characterized by pain, swelling, and inflammation of commonly used joints, such as the knees, elbows, and hips. DJD can be seen in the skeletal remains of an individual through a number of degenerative changes: (osteophytic) lipping, eburnation, and porosity (Weiss, 2015).

The most common degenerative change, the growth of osteophytes, are small growths of bone around a joint (Larsen, 2015). Lipping refers the manifestation of these bony growths near the margins of a joint (Weiss, 2015). Eburnation, or the degenerative process resulting in a shiny and polished area of bone, is a result of bones grinding together due to the breakdown of the tissue between them in the joint and will also be noted when present in the population. Lastly, porosity is characterized by small holes that form on the joint (Weiss, 2015). Both eburnation and porosity are generally found on the surface of bone that makes contact with the joint (Jurmain, 2012).

Repetition of certain motions and actions for extended periods of time during a person’s life can lead to degenerative changes in that person’s joints because repeated motion enacts stress on the bones of the joint causing a bony response to stimuli (Weiss, 2015).

Bone is an adaptive and living tissue that reacts to the mechanical stressors a person encounters in life; it will resorb and relay bone where necessary to best perform the physical activities required in daily life. Therefore, daily activity patterns can be reflected in the morphology of one’s bones. Mechanical loading is expressed on the bone through changes in the distribution of bone around its neutral axis (Larsen, 2015). Bone will change its shape around this axis based on how it is used and what pressures are being continually placed on it.

These stresses are expressed through rigidity, or the ability of bone to resist deformation, and strength, or the ability of bone to resist fracture (Larsen, 2015). Rigidity and strength can be measured by assessing particular properties of a bone’s cross-section (i.e., the surface of bone that is visible by cutting the bone at a perpendicular angle). In order to observe and calculate how the bone has adapted to stressors, we used a non-invasive technique called peripheral quantitative computed tomography (pQCT).

PQCT is a type of CT scan that can be used to assess strength and rigidity using perimeter, density, and area measurements. This information helps us to understand the dynamic relationship between the muscular and skeletal systems (Adams, 2009). The use of cross-sectional geometry is an important tool for reconstructing the activity patterns of past peoples.