Where are we today? 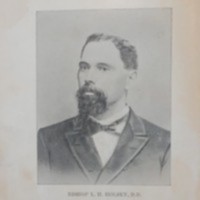 Researchers across the University of Georgia are continuing to work on discussing the history of slavery in Athens and other aspects of African American experience. Here we highlight those projects and encourage everyone to follow the links to learn more. 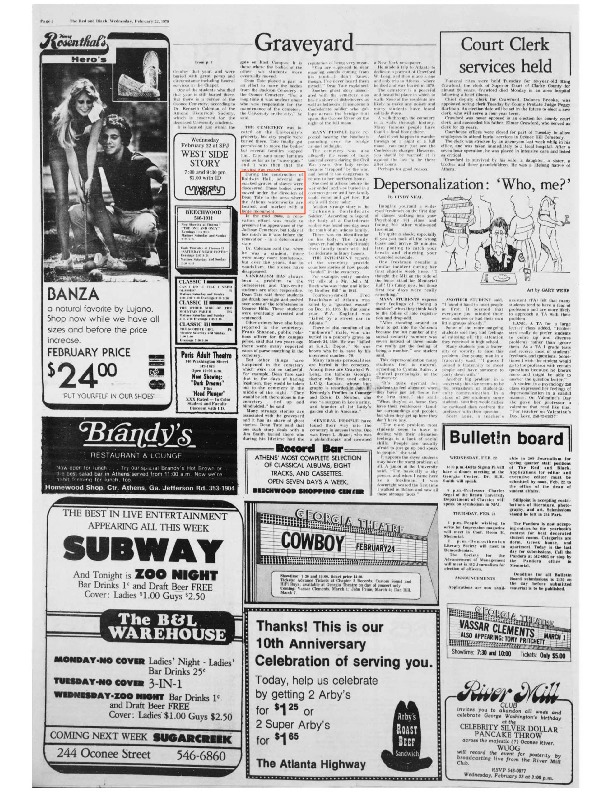 An article published in the Red and Black on February 22, 1978 mentions the removal of some unmarked graves of enslaved people from Old Athens Cemetery to the Athens waterworks. This occurred during the original construction of Baldwin Hall in the 1930s. Community members and UGA researchers are endeavoring to learn more about the location of this final resting place. 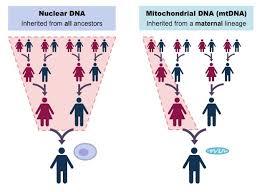 This image shows how mitochondrial DNA reflects one maternal lineage, whereas nuclear DNA reflects all ancestors.

The reason we know some aspects of the genetic histories of the people buried beneath the Baldwin Hall lot is through genetic analysis of "ancient DNA" (aDNA). Preliminary aDNA research has focused on mitochondrial DNA, a type of DNA in our bodies that is much more numerous than nuclear DNA, and therefore serves as a starting off point for ancient genomics.

Mitochondrial DNA is present in the mitochondria of cells (the so-called "powerhouses" of cells). There are hundreds or thousands of mitochondria in every one of our cells.

In contrast, nuclear DNA is present only in each cell's nucleus, of which there is one per cell.

The mitochondrial aDNA evidence indicates nearly all, or perhaps all, the individuals disinterred from Old Athens Cemetery near Baldwin Hall are of African Ancestry. In a few cases, the mitochondrial DNA were ambiguous or indicated other ancestry (e.g., Asian). However, these are only glimpses at people's mothers: for a glimpse at their fathers, we must analyze nuclear DNA.

In a March 2018 update, the Office of the Vice President for Research announced the nuclear DNA research was underway, and would probably be completed in Fall 2018. Not only will this information provide more information about the paternal ancestry of these individuals, it also could serve the basis for exploring relationships between people alive today in Athens and individuals buried in the cemetery.

Additionally, a report by the Southeastern Archaeological Services, Inc. is forthcoming that comprehensively documents all of the archaeological and historical findings of the excavation.

There is an ongoing discussion about what will happen to the other people buried at Baldwin Hall.

← Osteobiography
Where are we today?