Before the Silver Britches 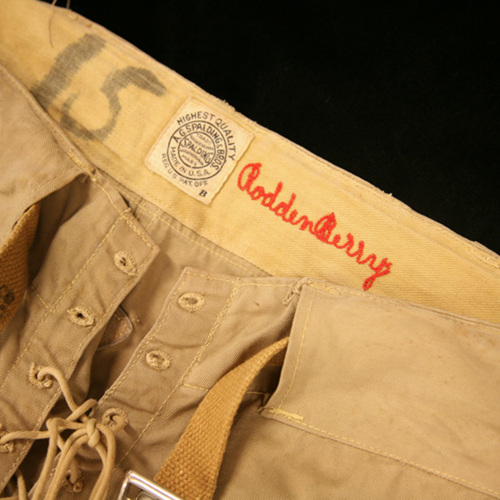 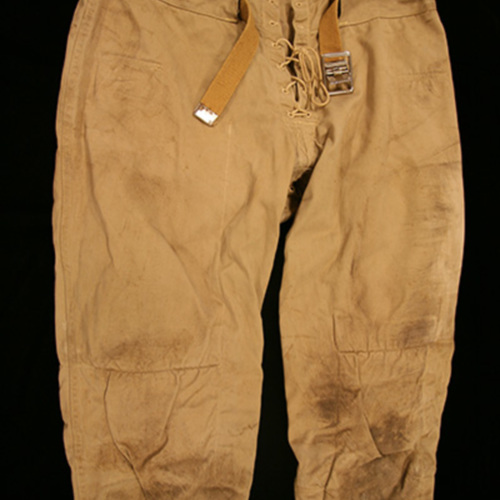 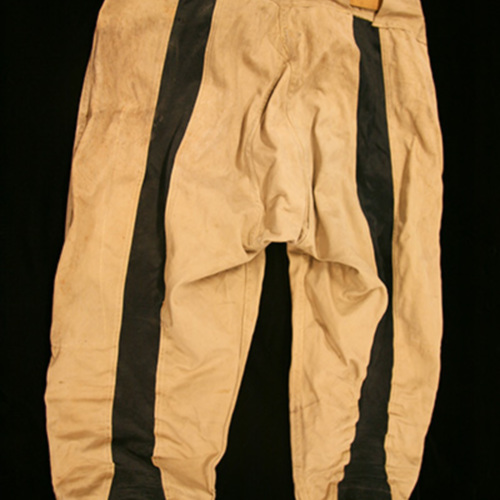 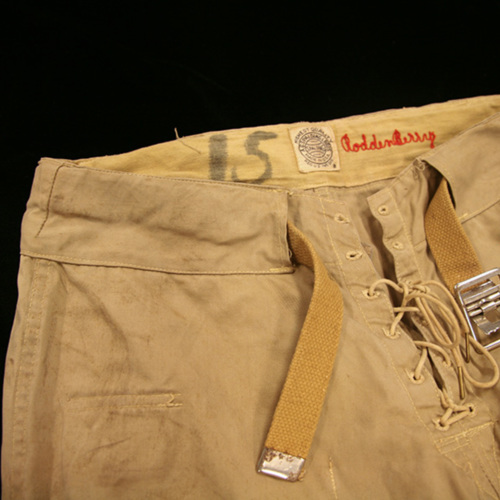 Wally Butts introduced one of the most enduring and iconic symbols of Georgia Bulldogs football when he was hired in 1939, the ‘Silver Britches’.  The Bulldogs wore these silver football pants throughout his coaching tenure and Johnny Griffin continued the tradition during his three seasons (1961-1963) as head coach. When Vince Dooley took over the program in 1964, he broke with the Silver Britches tradition to give the team a new image after several difficult years.  Dooley brought back the Silver Britches in time for the 1980 season, which would see the Bulldogs capture their only (to date) undisputed national championship.

But what did the ‘Dogs wear prior to the Silver Britches?  The answer is something that is familiar to many Bulldogs supporters: khaki pants.  The football pants worn prior to Butts’ introduction of the Silver Britches were more utilitarian, being khaki or brown and paired with a jersey colored a darker shade of red than what the Bulldogs wear currently.

The pants shown here were worn by Georgia quarterback Andy Roddenberry, who quarterbacked the Dogs in 1936.

← How Many National Championships?
A Brief History of the U.S. Navy Pre-Flight School at UGA →
Before the Silver Britches