"Trying to get to Tim and me": A Melee at Georgia Tech 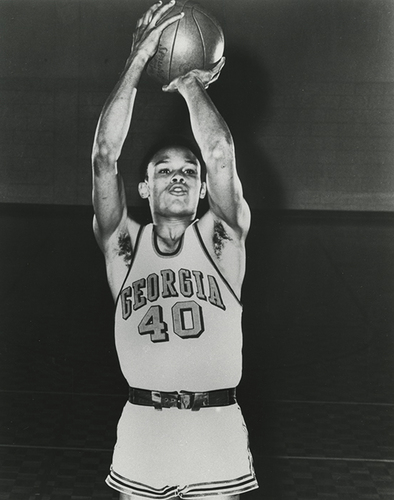 On the evening of Tuesday, March 6, 1973, at the conclusion of a regular season basketball game between archrivals Georgia and Georgia Tech in Tech’s Alexander Memorial Stadium, Ronnie Hogue and Tim Bassett, the only Black players on Georgia’s team, were involved in a melee involving Tech fans and football players.

Tensions between Georgia and Tech players had been high during the game, with words and the occasional shove thrown between the two teams.  As the game ended, with Tech winning 77-67, Georgia players began to exit the floor towards their locker rooms. At this point, Tech basketball players initiated a fight first with Ronnie Hogue, then with other Georgia players.

As the fight began, a crowd of approximately 150 spectators, which included Georgia Tech football players, rushed the floor and began to assail Georgia’s players. The crowd especially targeted Hogue and Tim Bassett.

As Hogue stated in a written deposition after the incident:

The crowd pushed me about 30-40 feet and had me backed up to the table.  I was pushed over the table and then picked up a chair to try to protect myself when [Georgia assistant football coach] Coach Lynn Hughes came up and started pushing people away from me. He helped lead Tim and me to the rest of the Georgia team. As we went up the ramp people were still trying to get at us and calling us names, spitting on us, and throwing Cokes and other things, particularly at Tim and me.

Hogue also noted that the crowd was "cursing us and calling us names based on our race." 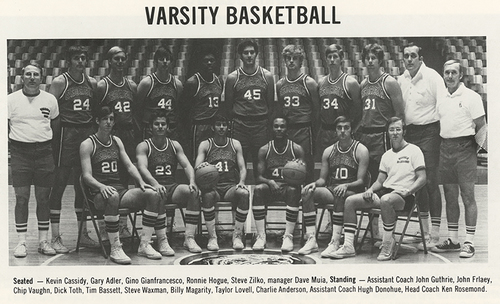 Joel Eaves, Georgia’s Athletic Director, took up for his players in a stern memorandum to Georgia Tech Athletic Director Bobby Dodd. Eaves noted the inadequate security and the hostile environment permitted by Tech officials. Dodd was non-committal in his response.

The following documents from the President Fred Davison papers were produced immediately after the incident, with statements from Ronnie Hogue, Kermit Perry, and Joel Eaves. Also included is the response from Bobby Dodd, which was issued a month after Eaves's memorandum. 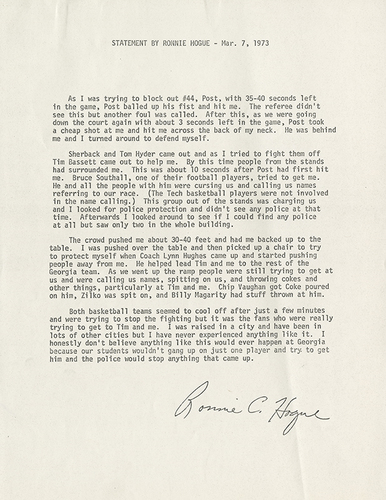 Statement made by Ronnie Hogue after the incident. 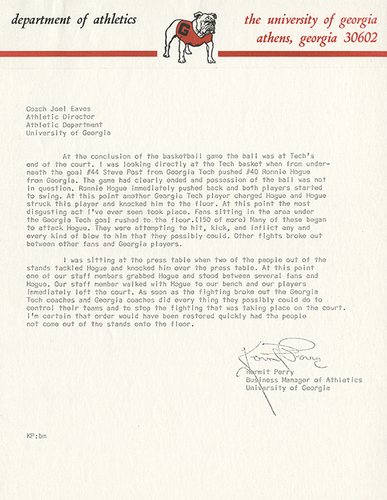 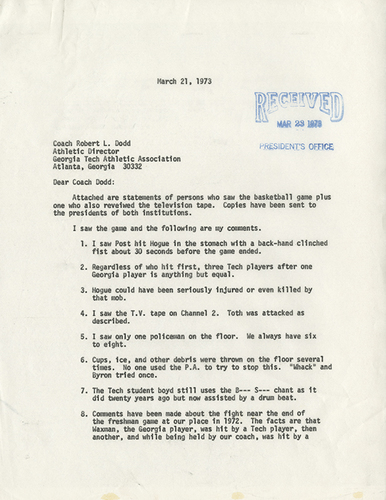 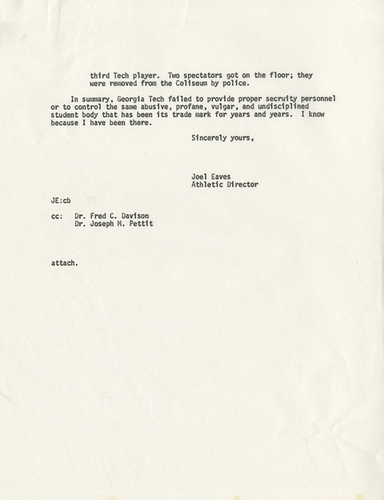 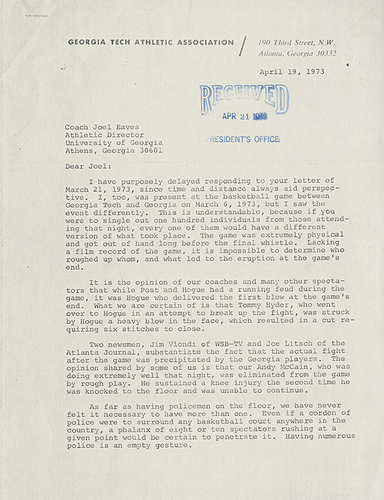 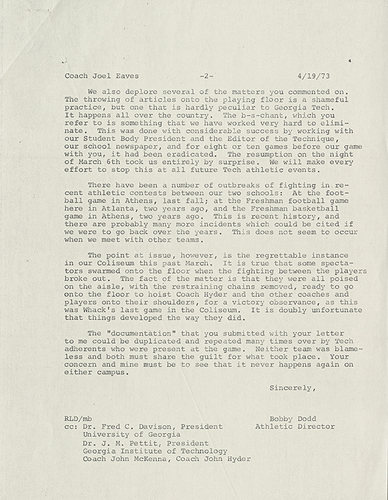 ← Pleas 'Clegg' Starks and Harry Wesley 'Squab' Jones
Vince Dooley Interviewed About the Integration of Georgia Football →
"Trying to Get to Tim and Me": A Melee at Georgia Tech