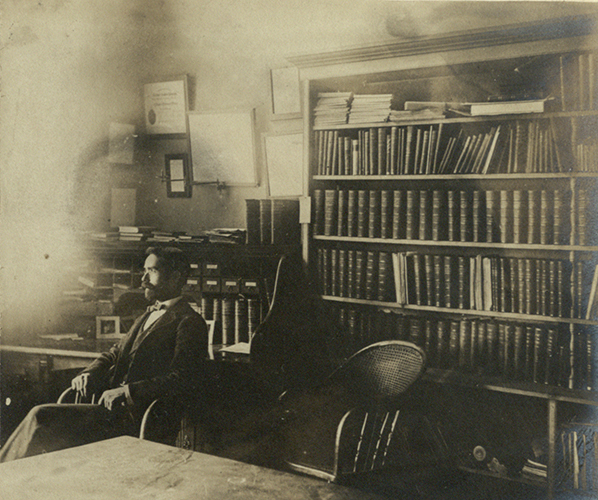 When the football team at the University of Georgia was formed in January 1892, it was the first of its kind in the Deep South.  Over the course of the next twenty-five years – until the U.S. entry into the First World War in April 1917 brought a temporary end to the football program – the fortunes of the University’s gridiron teams waxed and waned, enduring tragedy and struggle in the process of establishing Georgia as a football power.

Dr. Charles Holmes Herty, a chemist, formed the very first football team at UGA in 1892.  In 1892, Dr. Herty was 25 years old and newly returned to his alma mater after taking his Ph.D. at Johns Hopkins in Baltimore.   While there, Herty had developed an appreciation for the game, which at that time was finding great popularity in the northeast, particularly in the Ivy League schools of Harvard, Princeton, and Yale.

This first team played a two game season in the early months of 1892.  Their first game was against Mercer on the athletics fields (now known as Herty Field) on the U of G campus ended with a 50-0 victory for the home team, though reports indicate that the official scorer for the game missed at least one touchdown when he walked to the city alcohol dispensary on Broad St. across from the campus to purchase a bottle of whiskey during the game.  The second game took place in Atlanta against Auburn University. Though the game ended in a 0-10 defeat for Georgia, the game would be the first in what is now known as ‘The Deep South’s Oldest Rivalry’, with 120 games having been played between the schools entering the 2017 season. 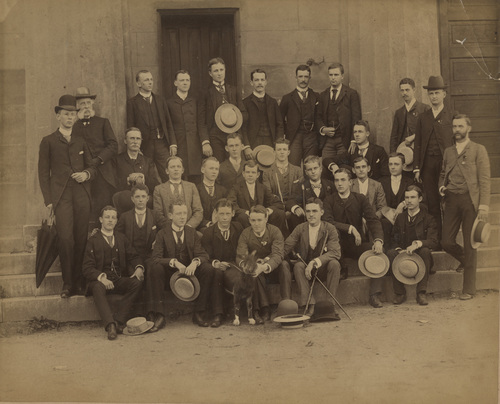 The Georgia team would not have an official mascot until 1920 when it formally adopted the name ‘Bulldogs’.  This first team, however, used a goat as a mascot. The goat, decorated with a blanket emblazoned with ‘UG’ across its back with and a hat with red and black ribbons, was a mascot for these two games, and then quickly faded into campus lore.  During these early years, the U of G teams had no official mascot or nickname, usually being known as ‘The Red and Black’, but also being referred to at various times and in various accounts as ‘The Varsities’, ‘The Athenians’, ‘The Georgians’, and, in at least one newspaper account, ‘The Huskies’. 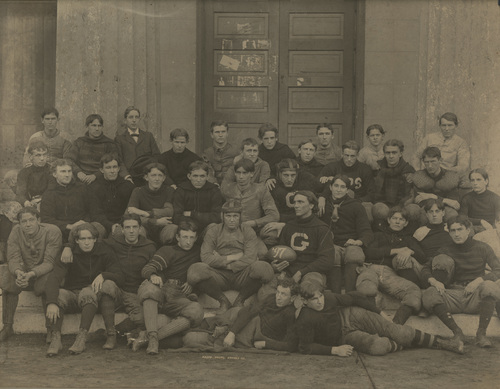 In 1897, tragedy struck the Georgia program, almost causing the outlawing of the game of football in the state of Georgia. Richard Vonalbade Gammon (or ‘Von’ as he was known) was killed during a game versus the University of Virginia at Brisbane Park in Atlanta on October 30, 1897.  His death sparked a movement to ban the game of football in Georgia.  Georgia and several other Southern schools prematurely ended their seasons out of respect for his death.  For more on the tragedy of Von Gammon and the effort to ban football, please see the section of this website devoted to this incident. 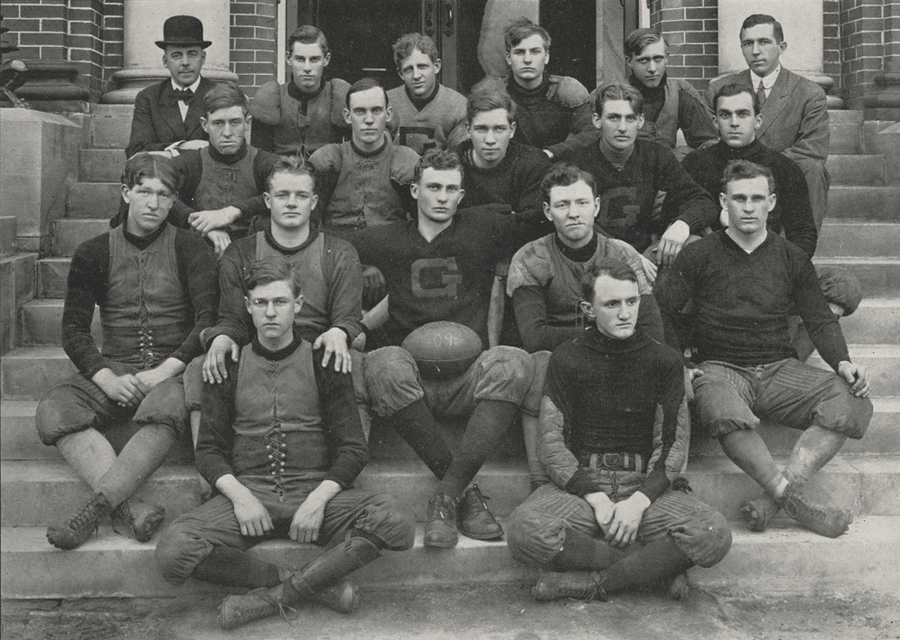 The tragic death of Von Gammon cast a pall over the University’s football program throughout the remainder of the 1890s and into the 1900s.  The teams fielded during this time struggled to find any success, posting losing seasons regularly amidst a near constant turnover of coaches.

The nadir of this period was the 1907 ‘Ringers’ scandal, in which paid players were found to have been used in order to beat John Heisman’s Georgia Tech team (which itself was also accused of using ‘ringers’ during this season).  Coach ‘Bull’ Whitney was forced to leave the team despite claiming inculpability in the affair, but the team, under the guidance of interim coach Branch Bocock, managed to win two of its last three games with wins over rivals Clemson and Auburn.

Despite these difficulties, the Georgia program was sustained during these years by the dedication and commitment of its players.  Men such as Herman Delaperriere (lettered 1905-08), Harold Ketron (lettered 1901-03), and George 'Kid' Woodruff (lettered 1907-08, 1910-11, and later coach of the Georgia team during the 1920s), kept Georgia's football team relevant regardless of the won-loss record.

Georgia's gridiron fortunes began to change with the arrival of Steadman Sanford in 1903 as a professor of English Literature.  In 1907, Sanford took on the role of faculty advisor for athletics, a role roughly equivalent to athletics director today.  In hiring Alex Cunningham after the 1909 season, Sanford brought stability to the football team.  He also led a drive to build a proper stadium for the University’s football and baseball teams, a stadium that would become known as Sanford Field.  Georgia’s current football stadium is also named for Dr. Sanford, as he was the leading figure in having it constructed in the late 1920s, opening in 1929.  Dr. Sanford served as President of the University from 1932 through 1935 and Chancellor of the University System of Georgia from 1935 through 1945.

Alex Cunningham was the first Georgia coach to last for more than two years and his coaching tenure ushered in a new era for the team, which had been mostly mediocre since the late 1890s.  Cunningham, who had played for and mentored under Vanderbilt’s great coach Dan McGugin, developed All-Americans in Bob McWhorter and Dave Paddock and generally established Georgia as a power in Southern football.  After coaching, he joined the U.S. Army (after having served as an officer during World War I) and retired as a Colonel.

And so the edict has gone forth –

There will be no Georgia football team this year – no brave bunch of Red and Black warriors fighting their hearts out on the gridiron for their alma mater, no Bob McWhorters, no Dave Paddocks or Tiny Hendersons to bring joy to a howling mob of Georgia rooters by a thrilling run or beautiful tackle.

After the American entry into the First World War in April of 1917, the decision was made by the University of Georgia to suspend its athletics programs for the duration of the conflict.  The athletes of the University did their part, trading their jerseys and footballs for gas masks and steel helmets.  Of the University football players who joined the armed forces, six (five from the 1916 team and one from the 1896 team) were among the approximately 100,000 Americans who would die during combat or due to wounds sustained in battle.

The end of this period saw the Georgia program firmly established as a regional football power.  The program had moved out of the doldrums of the late 1890s and 1900s, with new enthusiasm for the game on campus and among alumni.