Plays and Formations from 1893

In all mass and wedge plays where the pressure is brought to bear on one point in the line, the team play is not so nearly delicate and skillful. The virtue in the wedge play, be it quick or slow, lies in the power to project great weight and strength on a given point, while at the same time closely protecting the runner.

These images were taken from the book Treatise on American Football for Schools and Colleges (1893), by football innovator, player, and coach Amos Alonzo Stagg.  The plays shown here have been selected to give an idea of typical plays and formations that would have been used by the Georgia football team and its opponents prior to a series of sweeping rules changes that took place in 1906.

By 1906, most mass motion plays such as the Harvard and Princeton wedges had been outlawed in an effort to make gameplay more open and to make the game safer for its participants.  Also in 1906, the forward pass was legalized, further rendering most of these plays obsolete.

All images on this page were taken from the Hargrett Library's copy of Treatise on American Football, which can be found in our Rare Books collection with a call number of GV951.s779s. 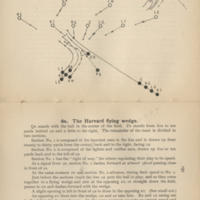 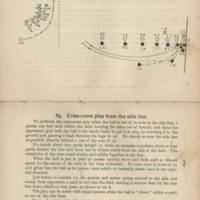 Criss-cross play from the side line 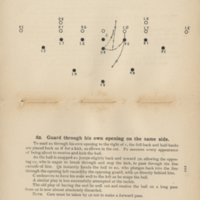 Guard through his own opening on the same side 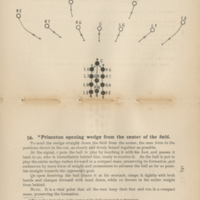 Princeton opening wedge from the center of the field 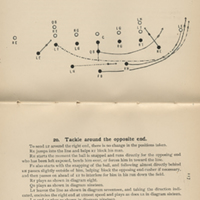 Tackle around the opposite end. 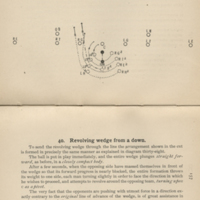 Revolving wedge from a down 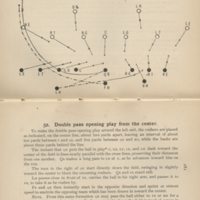 The pass mentioned in the title and description would be analogous to a lateral or pitch in the modern game, as the forward pass was illegal until 1906. 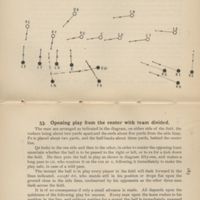 Opening play from the center with the team divided. 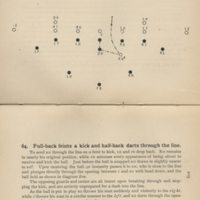 Fullback feints a kick and half-back darts through the line.

One of the chief responsibilities of the fullback position during this time period was kicking and punting.  Fullbacks would often be chosen for their ability to kick ahead of the abilities as ball carriers.