Origin of a Tradition: Ringing the Chapel Bell 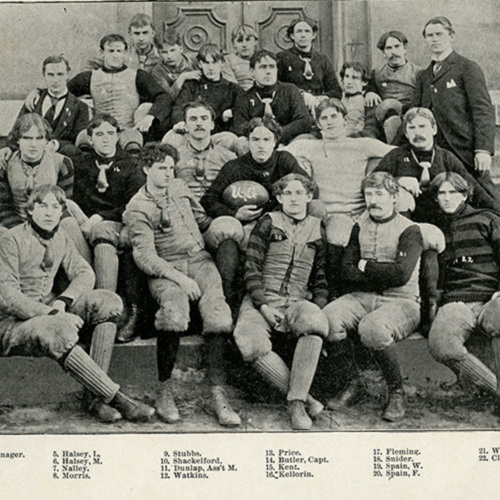 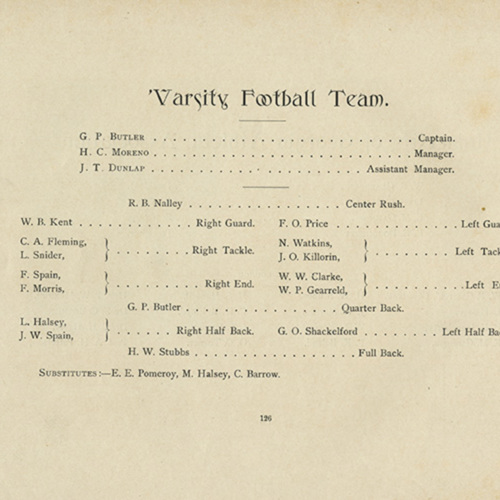 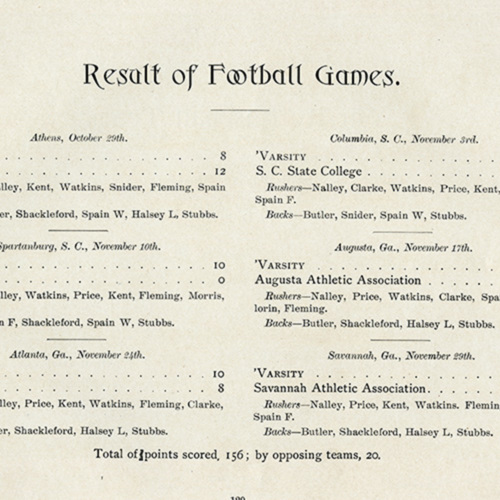 Schedule and results of the 1894 season 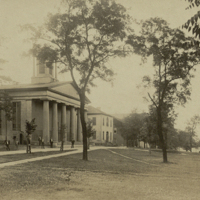 The Chapel as it appeared before renovations in 1913. During those renovations, the bell tower was removed from the roof and the bell was moved to the rear of the building where it is in today.

Ringing the Chapel bell after victories is one of the most cherished traditions at the University of Georgia.  What the students, fans, and alumni waiting behind the Chapel on North Campus for their turn to ring the bell may not know, however, is that this is also one of the University’s oldest traditions.

The earliest reference to the Chapel bell being rung in celebration of a victory can be found in the Red & Black newspaper on December 1, 1894.  A week earlier, on November 24, 1894, the University’s football team defeated arch rival Auburn 10-8 in Atlanta.  This was the second ever gridiron meeting between the two schools and Georgia was eager to avenge a 10-0 defeat in their first game, on February 20, 1892.

The game in 1894 was close, tied 8-8 as darkness fell on the playing field.  Auburn’s fullback fumbled the ball in his own end zone and it was recovered for a safety by Georgia’s Rufus Nalley, bringing the score to 10-8.

The Red & Black describes the celebration that took place in Athens that evening:

The Varsity Special left at 7 o’clock and the people of Athens awaited the arrival of the party at the Athens depot with a brass band and plenty of enthusiasm.  Merchants opened their stores and told the boys to help themselves to boxes.  Soon a large bonfire lighted up the campus, the college rang o t (sic) on the night air and the college yell was heard on every hand.  The night had far spent itself when the last echo of the bell was heard and the dying embers of the great bonfire was all that was left to remind the passer by (sic) that the great day was over. Georgia had triumphed! Three years had she waited and now the defeat that had once befallen her by the hands of the Alabamians was blotted out.

References to the bell being rung in celebration of victories became common after this.  While the bell may have been rung on earlier occasions, this is the first documentary evidence of that happening.

← The Tragedy of Von Gammon
A Controversial Beginning To A Bitter Rivalry →
Origin of a Tradition: Ringing the Chapel Bell