The Tragedy of Von Gammon

His father has always taken a most unusual interest in the young man’s athletic career and was never so happy as when the young man emerged from some contest covered with glory, as was, in fact, almost always the case.... 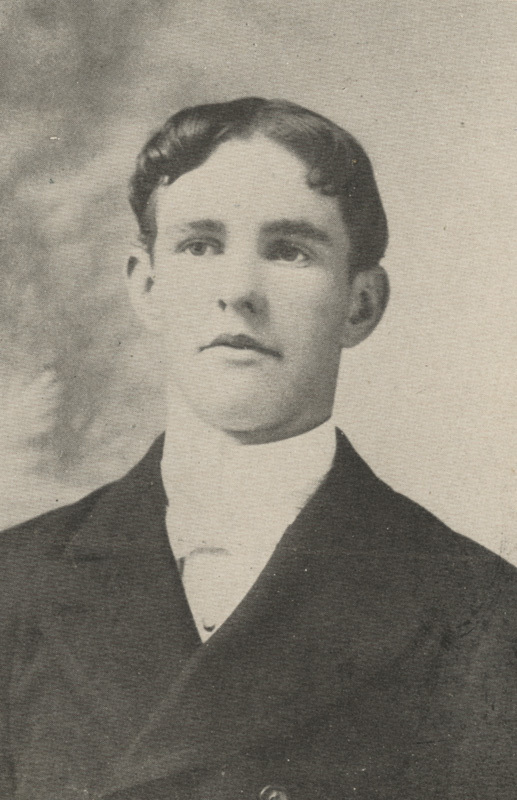 During the 1897 season, the team experienced a tragedy when one of its players died from football injuries – resulting in the near extinction of the sport that same year. Von Gammon’s death caused a public outcry across the state and nation to banish the dangerous, brutal gridiron game. Yet the testimony of his mother, Rosalind Gammon, ultimately saved its place on college campuses for years to come.

Richard Vonalbade Gammon was sixteen-years-old when he joined the Georgia football eleven in 1896, helping the team to an undefeated season. The Rome, Georgia native was known for his athletic prowess, and spent time with his five brothers playing baseball and tennis, wrestling, and cycling. His father John Aiken Gammon was a Confederate veteran who encouraged his son to play sports. Von’s mother also applauded her son’s abilities, and welcomed the town’s athletes into her home whenever they practiced with her boys. By his sophomore year, Von Gammon was an active Sigma Alpha Epsilon member, the baseball team’s third baseman, and half-back for the Red and Black eleven. 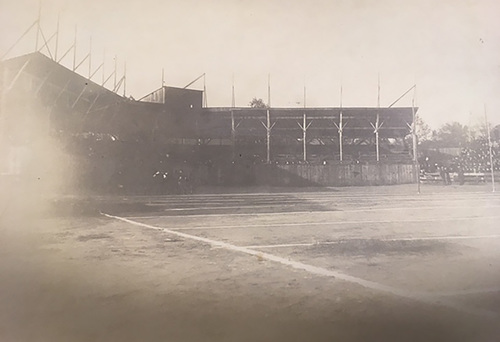 Georgia opened the 1897 season with two shutout victories against Clemson and Georgia Tech.  The Virginia game was scheduled for October 30 at Atlanta’s Brisbine Park, where a special train brought the Athens faithful into town and an estimated 5,000 rooters occupied the grand stand.[1] It was a hard-fought game, though their Cavalier opponents took advantage throughout most of it. During the second half, Virginia rolled out an offensive play, and Gammon threw himself into the scrum. In the fracas, the young man fell over and struck his head on the ground, and other players landed on top of him. He would not rise again. A pair of doctors climbed down from the grand stand to examine the injured and unconscious player, concluding that Gammon suffered a concussion. He was transported to Grady Hospital, and was later declared dead early the next morning as a result of the head wound. The Georgia squad disbanded and discontinued play for the rest of the season. 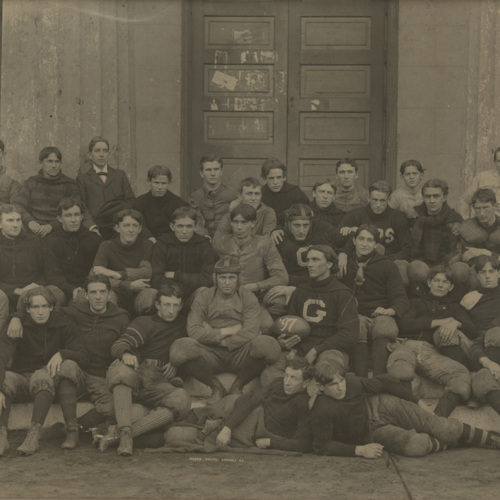 The 1897 University of Georgia football team. Von Gammon is on the bottom row of this photograph, stretched out on the ground wearing striped socks and looking away from the camera.

Gammon’s death sent a wave of mourning throughout the state and region, and soon politicians, educators, and religious leaders called for the sport’s demise. The Atlanta Journal warned of its dangers, citing deaths and serious injury of other players around the nation, while the Athens Weekly Banner called it “barbaric.”[2] By November, the state legislature sent an anti-football bill to Governor William Yates Atkinson. Some spoke out against this, including Georgia football founder Charles H. Herty, yet it was Rosalind Gammon who made the loudest impact. In a moving editorial to the governor, Mrs. Gammon wrote that “it would be inexpressibly sad to have the cause [Von] held so dear injured by his sacrifice,” calling the game “the most cherished object of his life.”[3] Thanks to this letter and the support of other football advocates, Atkinson vetoed the bill. By 1898, Georgia fielded a squad once again. Rosalind Gammon secured her legacy within Georgia athletics as much as her martyr son, remembered fondly as the woman who saved the fate of Red and Black football.

← A Brief History of Football at UGA, 1892-1917
Origin of a Tradition: Ringing the Chapel Bell →
The Tragedy of Von Gammon