Parading for the Cause 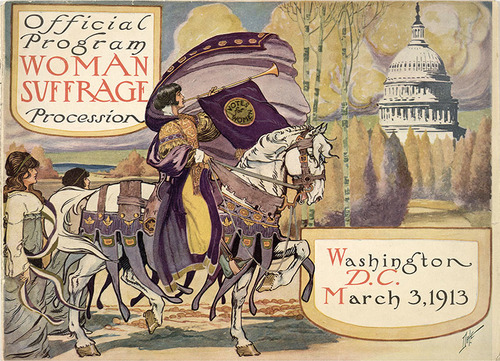 The street parade or procession was a key tool in making the cause of women’s suffrage visible to the public. Women’s marches were intended to attract the attention of potential supporters, and to assert female agency. Moreover, the spectacle of women marching through the streets in business and law districts of bustling city centers like New York City directly contradicted the notion that a woman’s place was restricted to the domestic sphere. 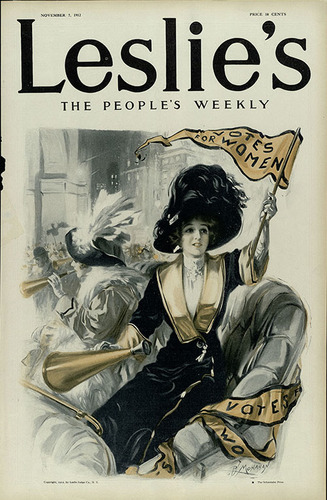 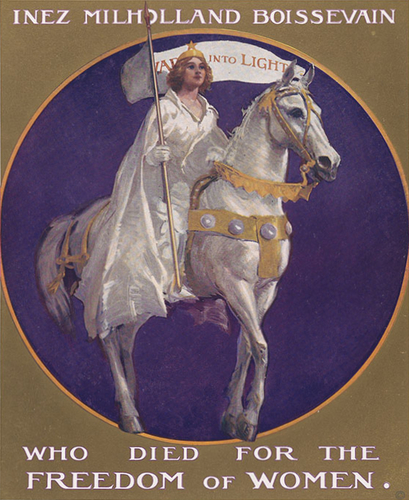 Poster, "Inez Milholland Boissevain who died for the freedom of woman" published by the National Women's Party, 1917

On March 3, 1913 Inez Milholland, dressed in white and sitting astride a white horse, led the march for women’s suffrage in Washington, D.C. A suffragist, labor lawyer, and war correspondent Milholland was a champion for many causes. She was a member of the National Association for the Advancement of Colored People (NAACP), the Women's Trade Union League, the Women's Political Union, and the National Child Labor Committee. Milholland died in Los Angeles, California while on a suffrage speaking tour in 1916. Her likeness as leader of the 1913 procession has been produced countless times, often accompanied by the inscription, “Who Died for the Freedom of Women.” 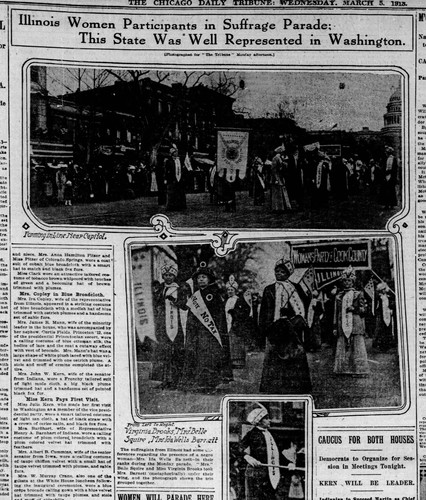 Like many suffrage organizations, suffrage parades were often racially segregated by white organizers, and African American women were forced to march separately. The 1913 procession in Washington, one of the most famous women’s rights processions, was no exception. The official program contains no mention of the African American women’s clubs and leagues that participated in the march. When told that she should march with an all-black delegation, Ida Wells-Barnett refused to take part unless she could march under the Illinois banner alongside white participants. Michigan, New York, and Delaware also defied the order to segregate participants in the procession. 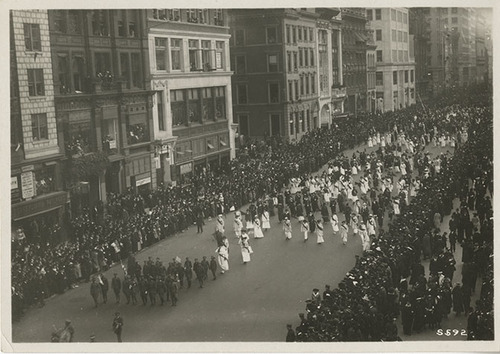 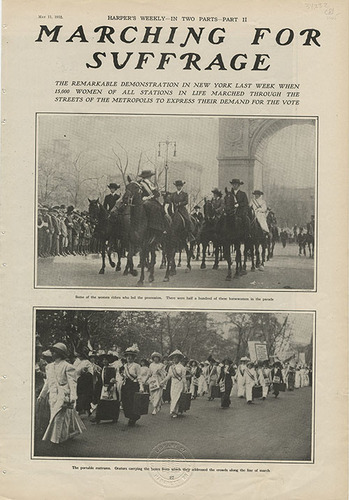 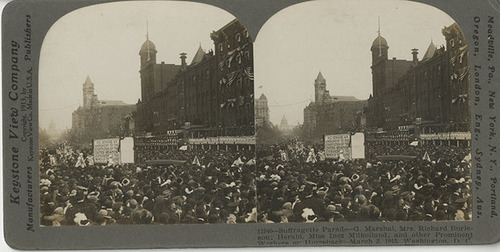 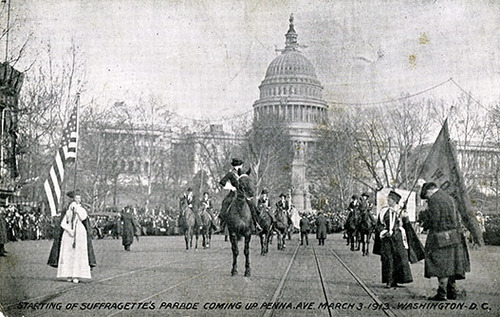