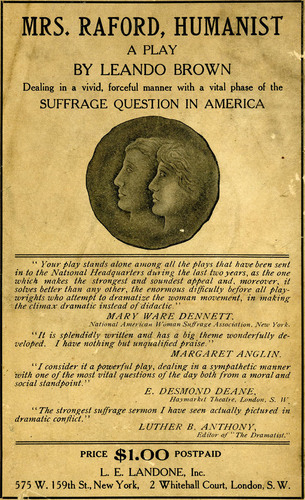 Audiences in the United States and England watched art and activism converge on stage in suffrage dramas. Suffrage performances ranged from serious dramas that honored the value of women’s work to satirical comedies that poked fun at anti-suffragists. Votes for Women, a suffrage drama written by Elizabeth Robbins, became one of the first suffrage dramas to debut on stage in 1907.  In three acts the play dramatized a suffrage rally in Trafalgar Square in London. Even in the theater, suffragist and suffragette parades and protests were staple visual displays. 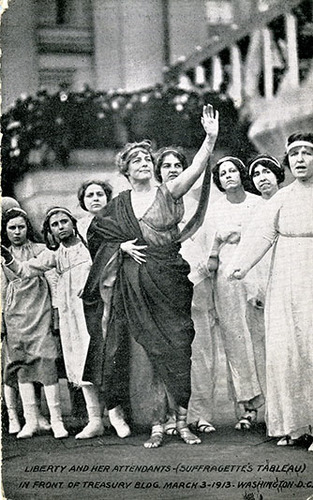 Postcard, the scene “Liberty and Her Attendants,” from the performance of “The Allegory,” Washington, D.C., March 3, 1913

Many suffrage parades were embellished with pageants, or mini dramas and tableaus. During the 1913 suffrage parade in Washington, D.C. the procession came to a stop in front of the U.S. Treasury building and more than 100 women performed “The Allegory.” Organized by theatre expert Hazel McKaye, the performance incorporated figures from mythology who were typically depicted as women: Justice, Charity, Liberty, Peace, and Hope. It purposefully drew connections between the fight for women’s rights and republican values. The New York Times estimated that 500,000 people witnessed the tableau. 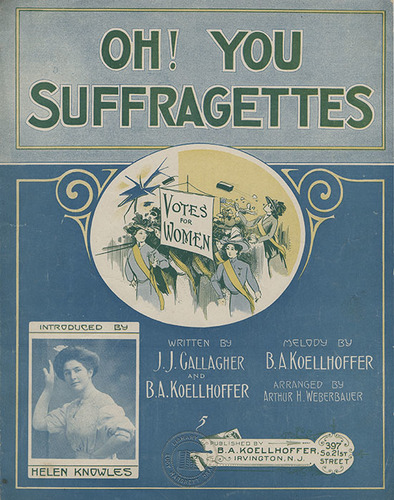 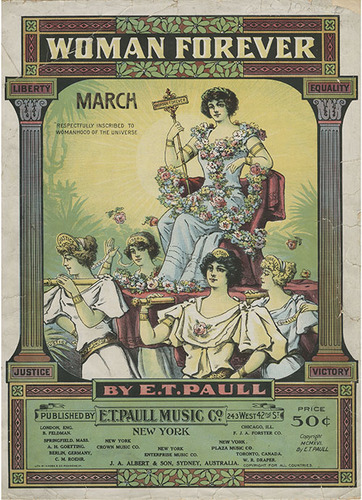 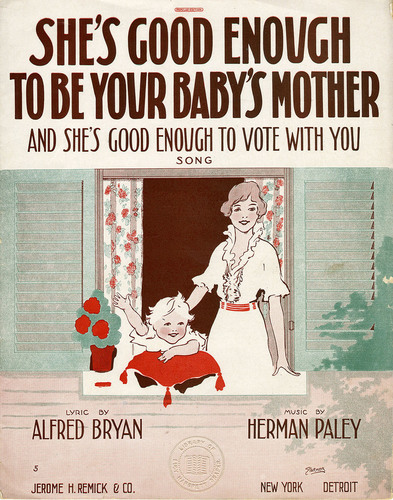 Sheet music, “She's Good Enough To Be Your Baby's Mother, and She’s Good Enough to Vote With You,” music by Herman Paley and lyrics by Alfred Bryan, New York, 1916