Rise of the Movement 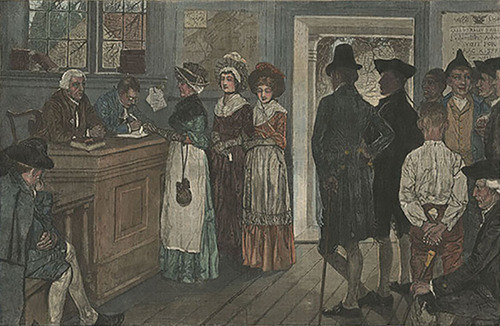 Illustration, "Women at the Polls in New Jersey in the Good Old Times", Harper's Weekly, November 13, 1880

On July 20, Stanton read the Declaration of Sentiments to attendees, outlining the rights that American women should be entitled to as citizens. It purposefully borrowed language from the Declaration of Independence, and stated that men and women were created equal. Seneca Falls served as a catalyst for what would become an organized national movement for women’s rights. In the months that followed, women’s rights conventions and societies cropped up across the country to address the lack of educational, social, and economic opportunities afforded to women, as well as their lack of voice in the political arena.

Prior to the passage of the 19th Amendment in 1920, women were granted the vote on a state-by-state basis. Wyoming set the precedent in 1869. Barred from national elections, women campaigned to vote on the local level. In 1879, Massachusetts began allowing women to vote in school board elections. 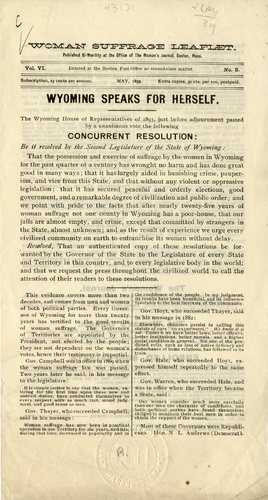 Leaflet, “Wyoming Speaks for Herself,” May 1893

Print Productions and Suffragist Press →
Rise of the Movement