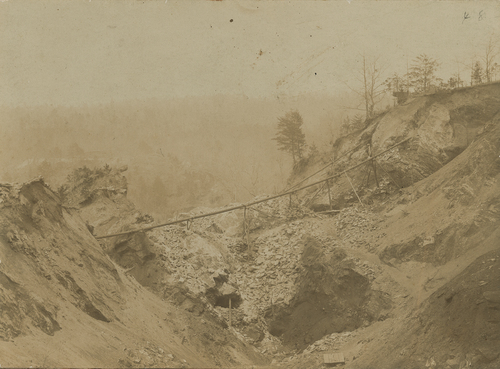 Courtesy of the private collection of Madeleine Anthony

By the 1840s, it was evident that gold stores in north Georgia were severely depleted, at least using the technology available at the time. Additionally, the California Gold Rush attracted many Appalachian prospectors who had been dejected at the lack of productivity.

Eventually, circumstances in Appalachia turned around. As California became crowded, corporate interests and investors turned toward Georgia to put new, Californian technologies to use. Gold became a lucrative business once again, at least until the onset of the Civil War, which disrupted many of these activities.