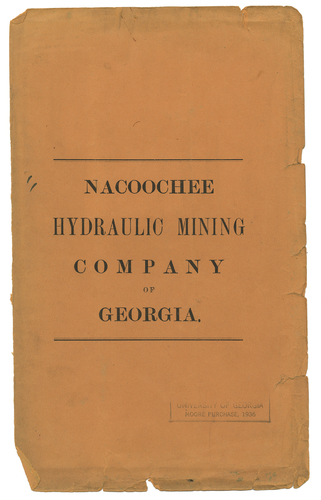 National magazines and newspapers ran regular stories about gold mining in Georgia and the influx of northerners and foreigners into the region.

Justus Adelberg and Rossiter Worthington Raymond formed a mining and assaying partnership in New York City in 1864. Between 1866 and 1867 they invested in a number of mines throughout north Georgia including the Adelberg Gold Company, Brolley Mine, Dr. B. Hamilton property; Lewis property; and the Judge Strong Mine.