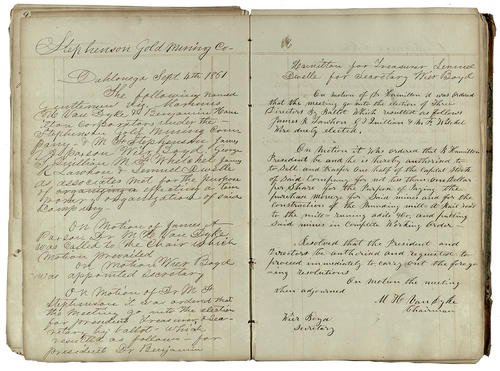 The Civil War brought an abrupt halt to hydraulic mining in the mountains, severing the connections between northern investors and southern mines, and redirecting the South’s engineering capacity toward the Confederacy’s war effort. Enlistment fever, the Confederate draft, and a lack of southern industrial capacity to supply mining equipment all presented serious obstacles to continued mining efforts. The U.S. Mint at Dahlonega, closed during the course of the Civil War, never reopened after the South’s surrender. The building stood empty for years but was eventually turned over to the North Georgia Agricultural College. 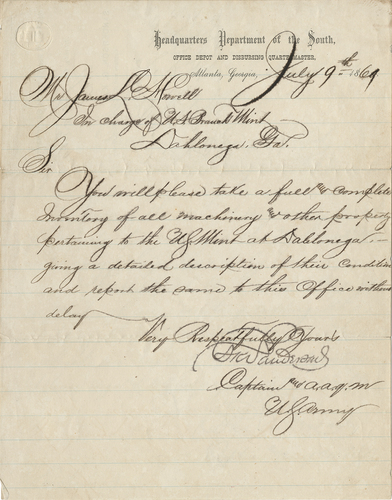 Hydraulic mining and northern speculation would return in several waves after the war’s end. During Reconstruction, mining boosters would again tout the mountains as “one of the most inviting fields of a region which, in our judgment, is destined to be largely remunerative to well-directed capital and industry.” At the turn of the twentieth century, when new mining technologies briefly promised to make the region’s well-worked ground profitable once more, geologists also raised the old lament that “so little development work has been done by the owners and operators of the properties.” Georgia’s largest mining operation actually formed around 1900, when the Standard Gold Mining Company (an Ohio concern capitalized at $5 million) opened the Consolidated Gold Mine in Dahlonega. But none of these later efforts had any more staying power than the initial gold rush or the late-antebellum hydraulic fever. There were simply too many newer, richer global gold fields. By the first years of the twentieth century, Georgia miners had to compete with massive ore deposits in Alaska, Australia, and South Africa, and they failed to effectively do so. By this time too, coal dominated broader Appalachian mining efforts.

North Georgia mining was also more persistent than is often recognized. While the California gold rush reduced Appalachia’s importance as a center of gold production, mining continued, with periodic upswings epitomized by the efforts of capital-intensive hydraulic companies and experts like Blake. Speculations in the 1850s, Reconstruction, and again at the turn of the twentieth century, periodically revived interest in Appalachian gold, and in some instances set capital flowing and miners to work in the ground. Although public awareness of the mountain goldfields peaked during the 1830s, miners worked on for decades longer.