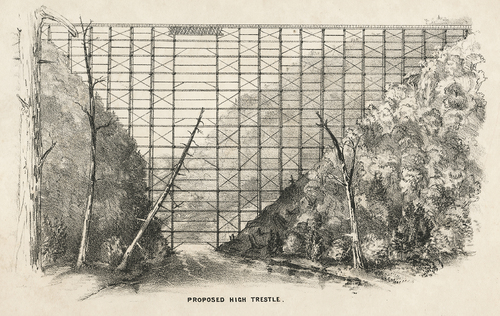 The relative lack of nuggets, and the region’s mixture of clay and fine gold dust, presented mining challenges that were overcome by evolving technology. The continuous gold washer used a diverted stream’s flow to wash soil through a long trough, where wooden or metal riffles trapped gold particles. The double compartment rocker more efficiently separated gravel from the heavy silt. 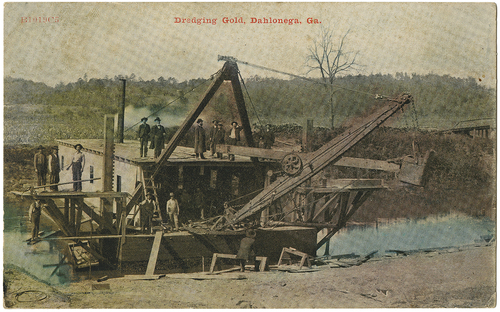 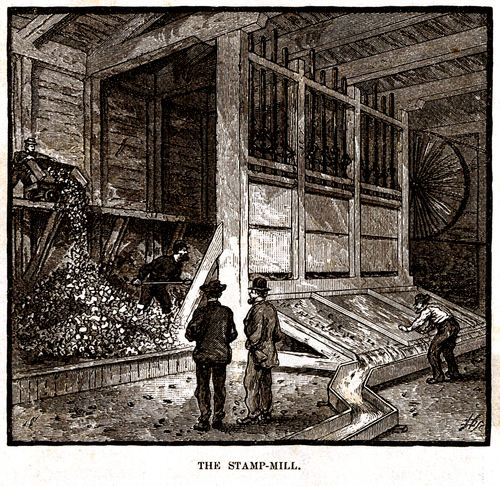 Miles of canals combined with a series of wooden trestles, later replaced by pipes and tubes, brought water from the Yahoola River to power stamp mills and provide for hydraulic mining, a later development.

To harness the power of Georgia’s waterways, mining companies built canals, ditches, aqueducts, and dams to convey water to the mines where it was used to operate stamp mills and hydraulic hoses, a later development. Vertical water wheels converted energy from falling water or water passing beneath the wheel, to provide power to operate stamp mills.

Dredge boats brought gravel up from river beds either by shovel, crane, or continuous ladder-bucket elevators. The tailings, or mud-like waste, was discharged back into the water or piled on the bank. Throughout the 1880s a number of dredge boats operated on the Chestatee River dredging the bottom and washing the gold from the gravel.

Extracted ore was crushed in a stamp mill with cast iron stamps, where advanced techniques helped capture gold dust. Among these technological innovations was the use of plates covered with liquid mercury. When crushed ore passed over the plates, gold particles chemically bonded to the mercury, and gold was then separated through distillation, which vaporized the mercury.