Georgia gold stimulated the national economy, which had been starved for hard currency prior to the southern gold discoveries. At first this gold flowed from Georgia to the federal mint in Philadelphia, but as production increased, local minting of coins became increasingly attractive. By the late 1830s, the federal government established branches of the national mint in Charlotte, North Carolina, and Dahlonega, Georgia. In its first year of operation alone, 1838, the Dahlonega mint stamped more than $100,000 worth of gold coins, and it eventually coined $6.1 million. Only gold coins were ever struck at the Dahlonega Mint, in $1, $2.50, $3, and $5 denominations. Two private mints, one in Gainesville, Georgia, and the other in Rutherford County, North Carolina, also produced gold coins that served as legal tender throughout the southeast. 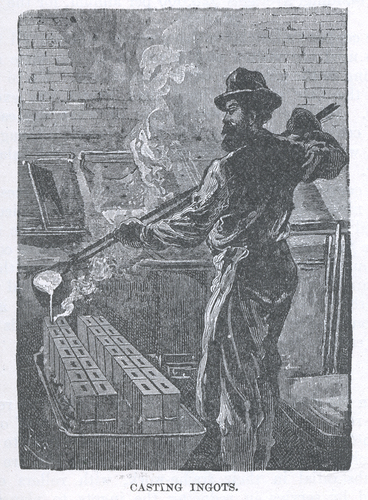 Gold dust, nuggets, gold bars, or foreign coin could be deposited at the Dahlonega Mint for coining. The branch mint paid depositors in certificates redeemable for gold coin. The deposit was weighed, then melted and reweighed for the assayer who assigned the value. The metal was then alloyed with copper, and, if necessary silver. The alloyed gold was cast into ingots, rolled to the proper thickness, and then a steam press was used to strike the coins. Assay pieces were sent to the Philadelphia Mint to confirm the amount of gold (900 parts pure gold, 100 parts alloy).

The coin making process was a physical and tedious one and imperfect coins were frequent. Some of the challenges that faced the Mint included dies cracking, rollers that were too soft, poor quality copper, and disagreements between personnel.

After the war, investors held out hope that the mint would quickly re-open; however, after laying dormant for years the equipment was removed and the building turned over to the North Georgia Agricultural College. 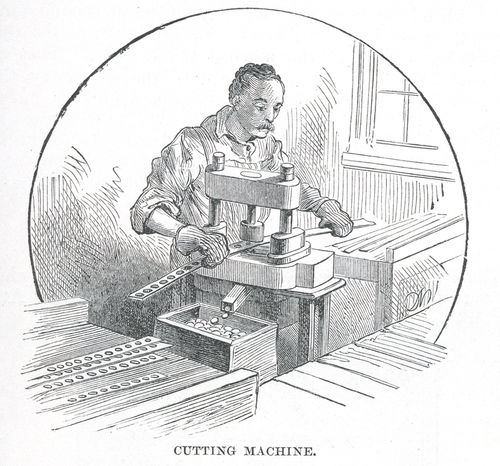