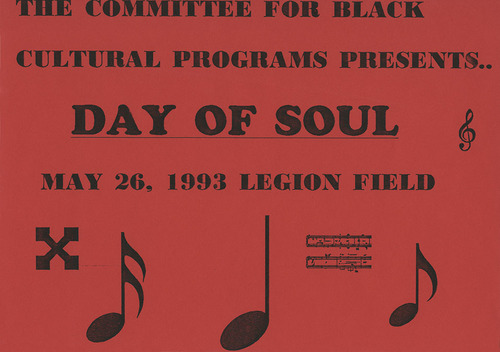 Flyer, “Day of Soul” produced by the Committee For Black Cultural Programs, May 26, 1993

The founding of BSU served as the catalyst for the creation of other groups for Black students at UGA, expanding social outlets and opening new opportunities for sharing Black culture on campus. 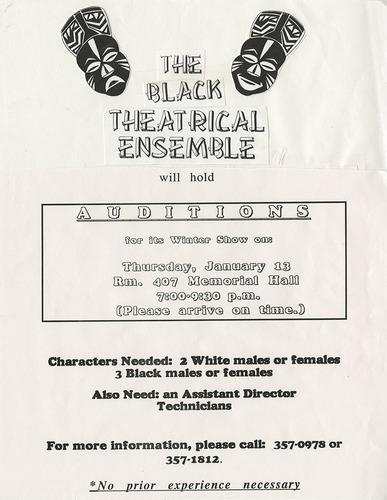 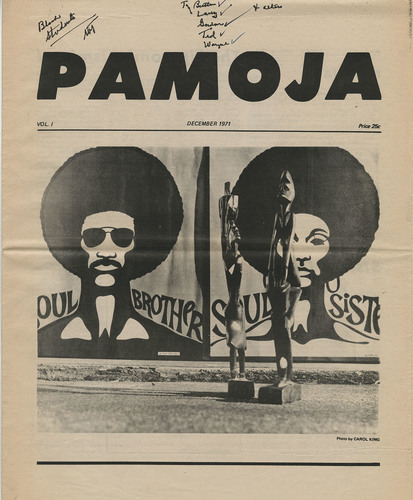 In October 1970, Nawanna Lewis started a group called Pamoja. Named for the Swahili word meaning “together” or “one” the group was intended to provide a space where African American students could find culture and belonging on campus. What began as Miller performing alone in front of Memorial Hall in artfully draped sheets, evolved into the Pomoja Dancers, the Pamoja Singers, and Pomoja Drama and Arts. Miller also produced the first newspaper for African Americans on campus, and started the Journalism Association for Minorities. The Pamoja Singers ultimately transformed into the African American Choral Ensemble, still performing today under the direction of Dr. Gregory Broughton. 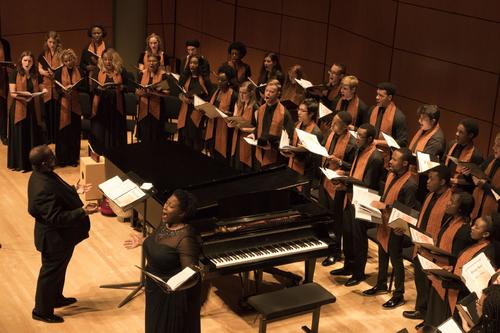 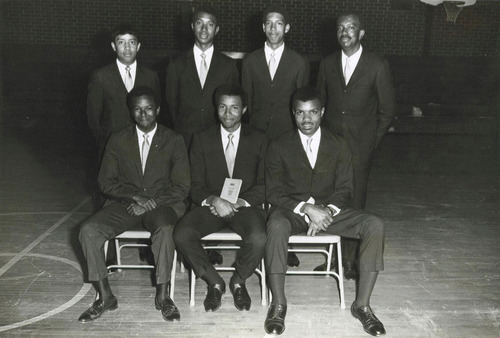 Established in 1969, the Zeta Pi chapter of Alpha Phi Alpha was the first Black fraternity at the University of Georgia, founded by seven members known as the Pearls: Alonzo Wilson, Michael Stover, Russell Williams, Eddie Cheeks, Richard Morgan, Alan Jackson, and Bennie Roberson. The group came together with help and support from members of an Alpha alumni chapter in Athens. The Zeta Pi chapter has a prominent alumni network of firsts at UGA — among them the first Black president and vice president of the Student Government Association (SGA), editor of The Red & Black, homecoming king and ROTC pilot, among others. 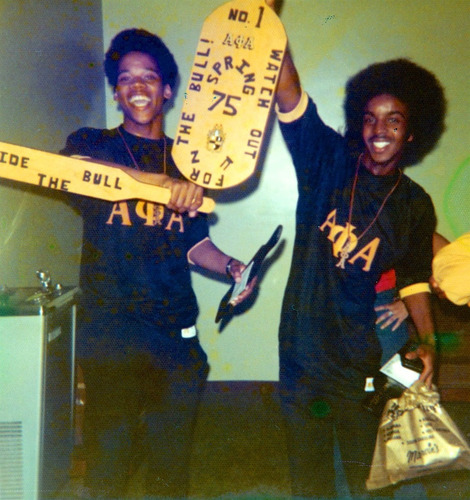 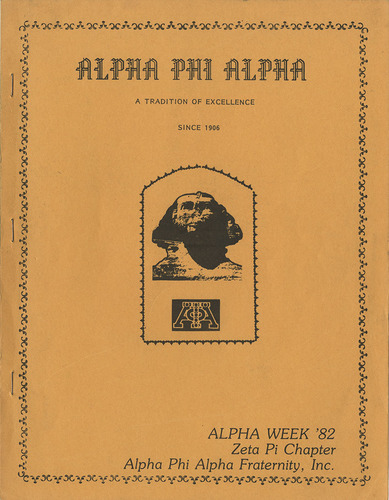 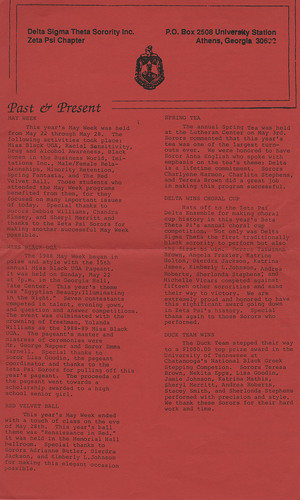 The National Pan-Hellenic Council (NPHC), commonly referred to as “The Divine 9,” is a group of historically Black fraternities and sororities. Today, the University of Georgia now has chapters for eight of the nine NPHC organizations, with membership in each growing every year. 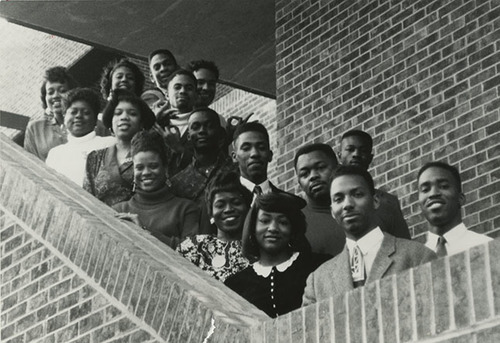 Photograph, members of the UGA Black Greek Council at the Tate Student Center, 1991

In 1971, the BSU raised concerns about programming for Black Awareness Week and requested additional funding from the student union. The ensuing battle highlighted the lack of Black cultural programming on campus, and led to the idea for creating a Black cultural center. Critics suggested the center represented “separatism” and argued that Black students should fund it without broader university support. President Charles Knapp finally approved the creation of the center in 1989. It opened with space inside Memorial Hall in 1995. 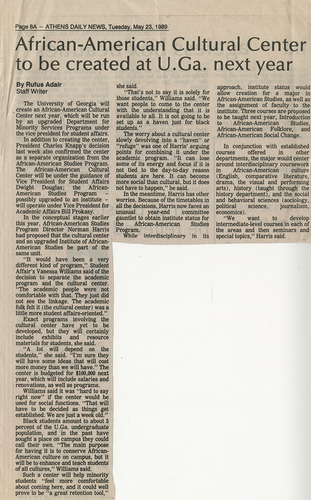 Article, “African-American Cultural Center to be created at U.Ga. next year” Athens Daily News, May 23 1989 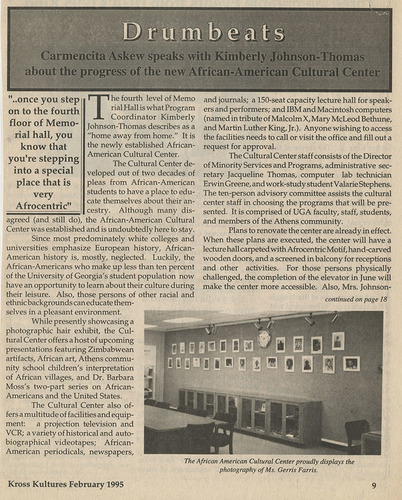 In 2006, the cultural center along with the Office of Multicultural Services and the Office of Intercultural Affairs were combined into one department, the Office of Minority Services and Programs. As part of this administrative shift, the African American Cultural Center space was renamed Adinkra Hall and made available to any campus department or student organization for hosting meetings and programs. While this was an effort to show a unified, global perspective, the change drew attention away from specific Black student voices and issues.