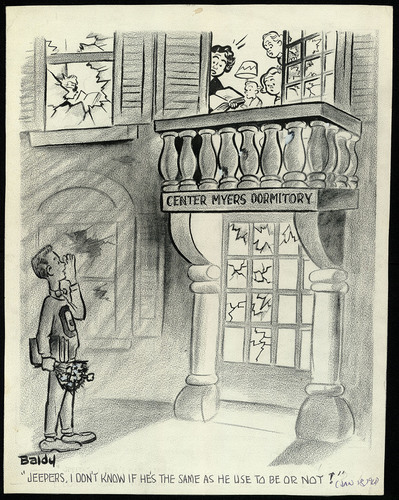 Cartoon, “Jeepers, I don’t know if he’s the same as he use to be or not!” Clifford Baldowski, Atlanta Constitution, January 18, 1961

On the evening of January 11, 1961, hundreds of students gathered outside Charlayne Hunter’s dormitory following the end of the Georgia v. Georgia Tech basketball game. A white sheet carried by a few participants read “Nigger, Go Home” and the crowd’s chants inlcuded “Two, four, six, eight, we don’t want to integrate.” The mob, a mixture of students and outsiders, threw rocks and bottles, breaking window panes throughout the building. Unable to subdue the crowd, university administrators called on local police, who deployed tear gas and fire hoses to disperse the group. 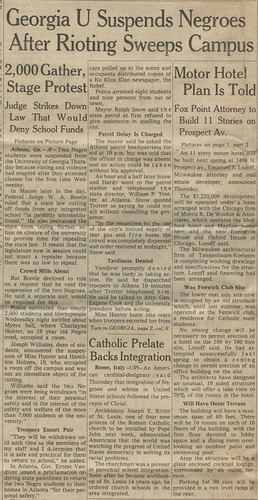 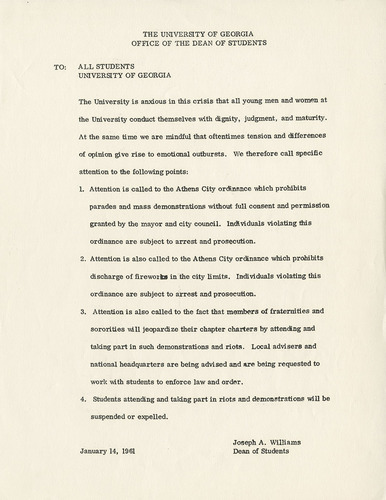 Letter, Joseph A. Williams, dean of students, to all students at the University of Georgia, January 14, 1961

Suspension and Return to Campus

On January 12, 1961, the day after the riot, both Holmes and Hunter received notification from Joseph Williams, Dean of Students, that they were being withdrawn from the University of Georgia. State Police escorted the pair to their homes in Atlanta. On January 14, a federal court overruled the suspension and ordered the two students readmitted. Determined to prevent violence, university administrators pledged to expel any students who participated in further demonstrations. 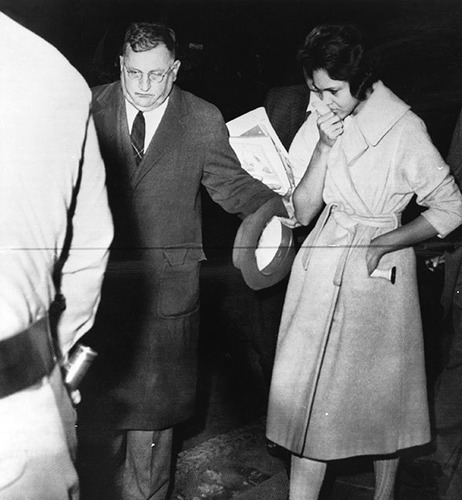 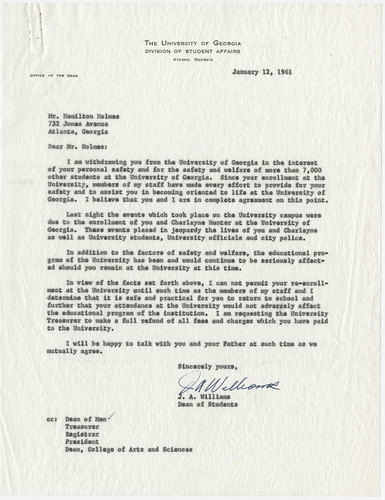 Letter, from J.A. Williams, dean of students, to Hamilton Holmes, suspending Holmes from the University of Georgia, January 12, 1961 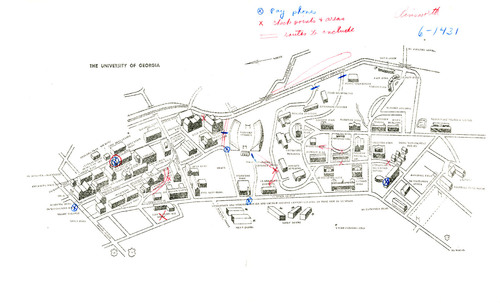 Signed by more than 300 members of the UGA faculty, this document condemned the actions of the rioters as well as the lack of action by state authorities to quell the violence on campus. It also insisted that the University reinstate Holmes and Hunter. Following the riot, faculty members organized nightly patrols of campus in an effort to keep the peace. 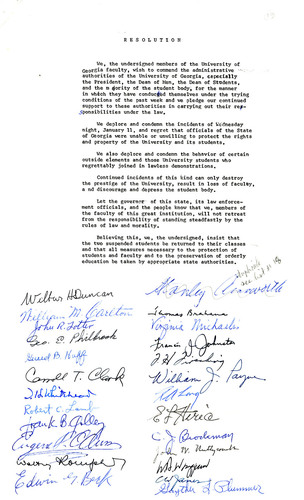 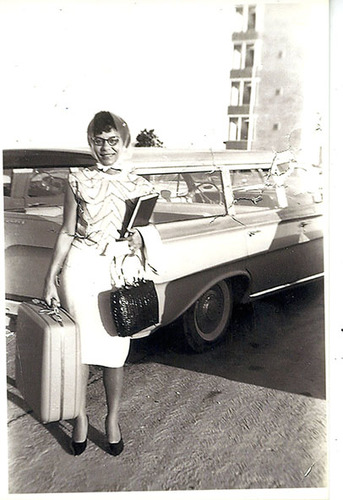 Arguably the most significant response to the riot was the enrollment of Mary Frances Early. Applying as a graduate student to the College of Education two days after the violent unrest, Early shared her rationale for transferring to UGA, saying, “I thought that since the undergraduate school was open, somebody should go to the graduate school, and when I saw a picture of Charlayne [the night of the riot]...I knew I had to go.” Early became the first Black graduate of the University of Georgia in 1962, earning her master’s degree in education.


In 2020, the University named the College of Education in her honor. 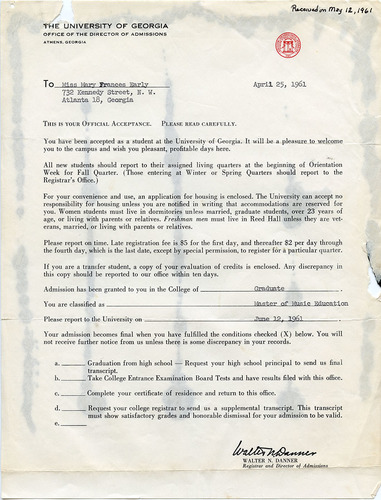 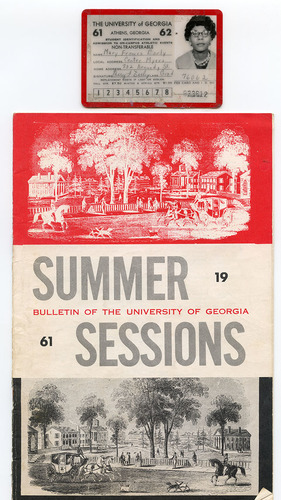 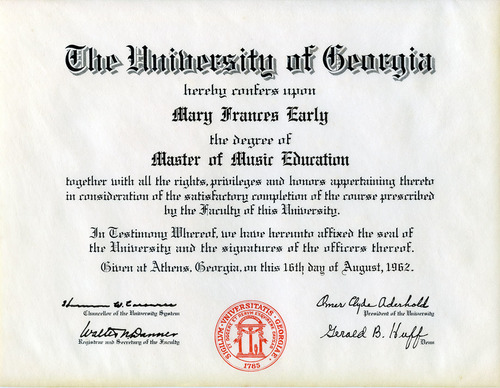 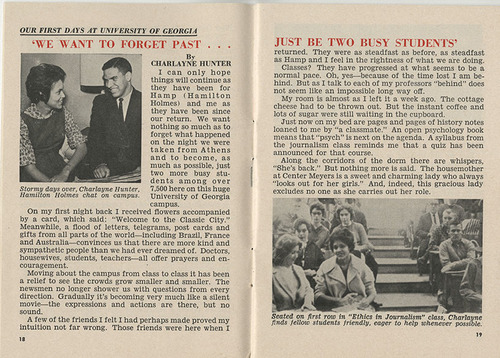 Article, “Our First Days at the University of Georgia” by Charlayne Hunter, JET, February 9, 1961.

Hamilton Holmes came to UGA for the promise of a high-quality science education and research equipment that would prepare him for medical school. Holmes lived off campus with the Killians, a Black family at the forefront of local civil rights activism, and he focused on studying rather than socializing during his time in Athens. His induction into the Phi Beta Kappa honor society in 1963 honored his academic achievements.

After the riot, Charlayne Hunter continued to live on campus while pursuing her degree in journalism. Hunter used interviews with the media to practice her own journalism skills and joined the staff of the Red & Black, UGA’s student newspaper. She also joined the Newman Club, affiliated with the campus Catholic Center.

On June 1, 1963, Hamilton Holmes and Charlayne Hunter graduated from the University of Georgia. 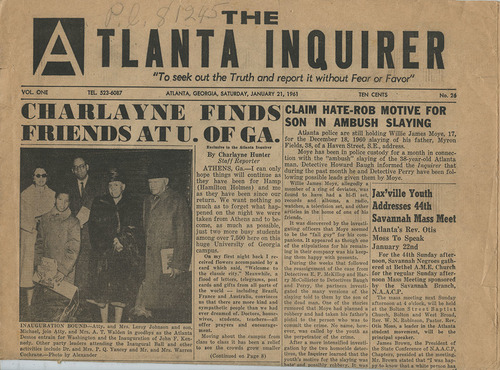 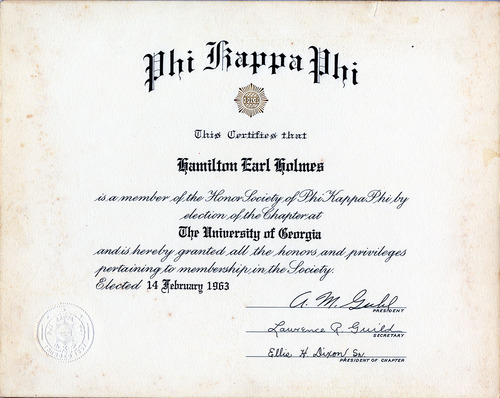 Courtesy of the Holmes Family

← Legal Challenges
After UGA →
The Desegregation of UGA
Life on Campus