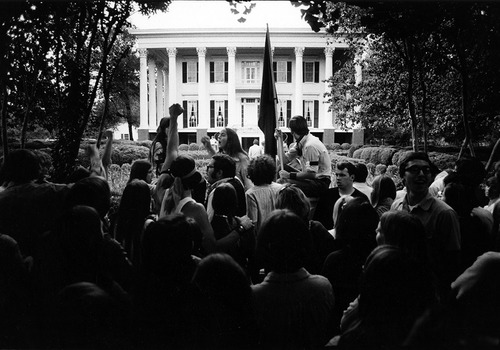 Photograph, UGA students protesting against the Vietnam War on campus, 1968

During the 1960s many college campuses saw an increase in student activism, as young people embraced a counterculture that questioned authority and American cultural norms. In Georgia, several schools hosted chapters of national organizations like Students for a Democratic Society (SDS) and the Southern Student Organizing Committee (SSOC). Students gathered to protest for civil rights and against the war in Vietnam, and channeled the energy of these national movements into more local causes as well. 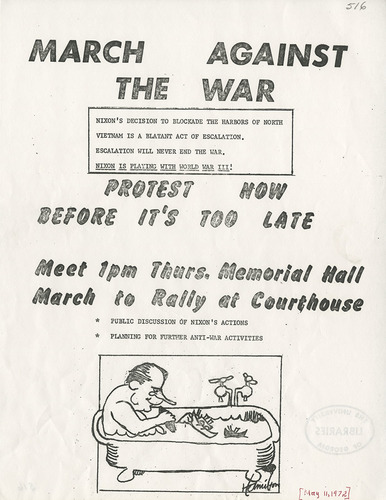 By the 1970s, students at UGA had begun protesting for new concerns on campus. At the same time that LGBTQ+ students were working to be seen and accepted, so too were Black students and female students, with many falling into more than one of these categories. Each movement learned from the strides of the others, and sometimes worked together to accomplish shared goals. 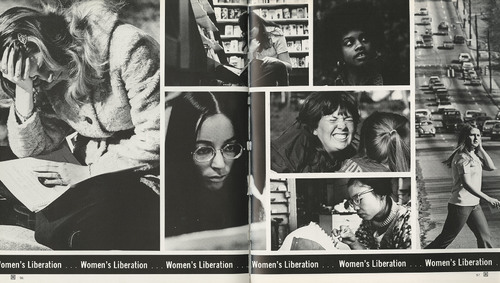 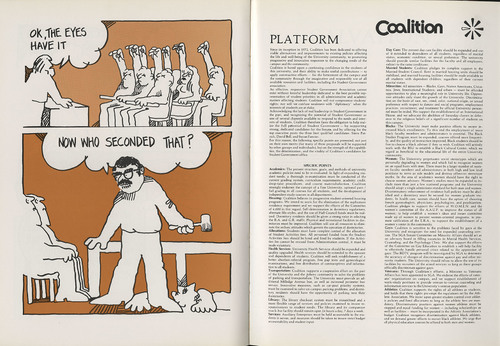