The Desegregation of UGA 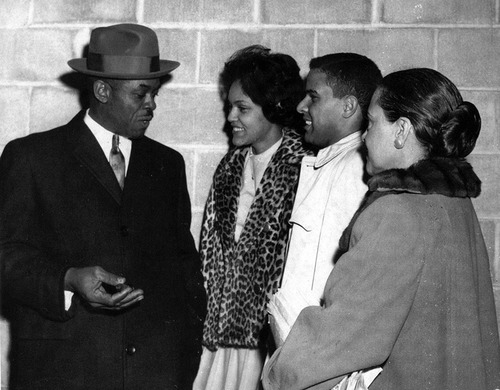 Foot Soldier for Equal Justice: Horace T. Ward and the Desegregation of the University of Georgia Collection

The late Congressman John Lewis once remarked that most young Black people had to grow up overnight during the Civil Rights Movement. In 1954, the United States Supreme Court ruled unanimously in the case of Brown v. Board of Education of Topeka, declaring the segregation of public schools to be unconstitutional. The decision placed schools at the center of the movement, and cast Black students as central figures in the battle for integration.

In 1957, national news outlets captured the “Little Rock Nine” – Minnijean Brown, Elizabeth Eckford, Ernest Green, Thelma Mothershed, Melba Patillo, Gloria Ray, Terrence Roberts, Jefferson Thomas and Carlotta Walls – as they attempted to desegregate Little Rock Central High School. Historic footage from the event showed a crowd of white citizens who spat and hurled insults at the students, as well as National Guard soldiers who were ordered by elected officials to block their entry into the building. The same kind of verbal and physical violence waged against the Little Rock Nine would be witnessed again and again. The same chant roared at six-year-old Ruby Bridges, the first Black student to enroll at William Frantz Elementary School in New Orleans in 1960, greeted Hamilton Holmes and Charlayne Hunter in the days after they arrived on the University of Georgia campus in 1961: “two, four, six eight, we don’t want to integrate.”

This section of the exhibit explores the legal battle to desegregate UGA, and the reactions of university stakeholders, state politicians, and everyday citizens to that battle. Items on display capture what life was like for Holmes, Hunter, and later Mary Frances Early, as they became the first Black students on campus.

Legal Challenges →
The Desegregation of UGA